Why the US delegation meeting with Ruto is much significant to his presidency.

Just under a week after being declared as President elect by the Independent Electoral and Boundaries Commission (IEBC), William Samoei Arap Ruto yesterday met with the US delegation to discuss matter concerning his administration. On his twitter account yesterday evening, President elect William Ruto revealed what the two sides had discussed and had reached a mutual consensus.

According to the United Democratic Movement (UDA) leader, the two sides discussed about the just concluded election where he was declared the President-elect elect beating his main opponent Raila Odinga. 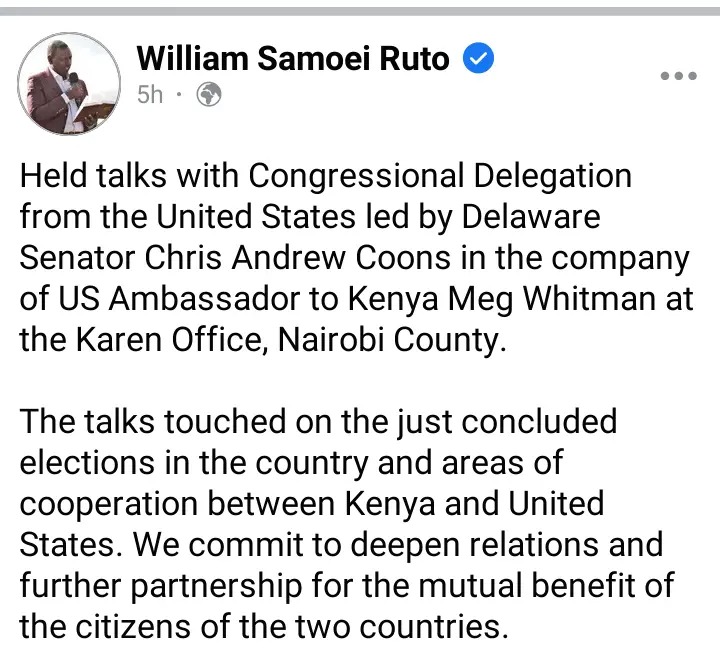 William Ruto has also disclosed that cooperation between United States and Kenya was also amongst the topic that were discussed. This move serves in strengthening partnership between Kenya and the United States of America. 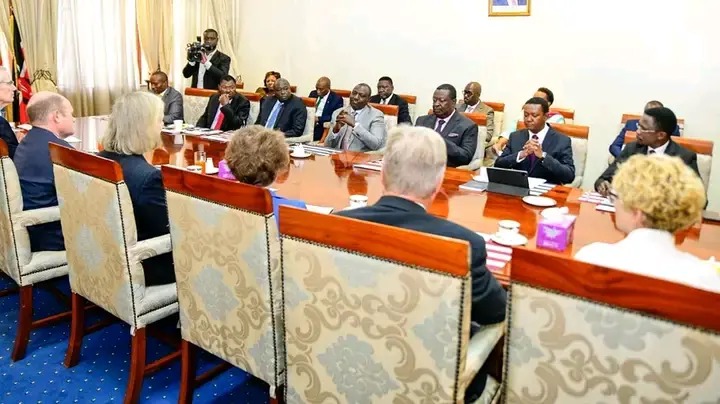 But does this meeting mean to Ruto's administration if he overcomes the odds and forms the next government. First does it mean that the United States of America recognizes and uploads his election?. If that is the case then this means that Ruto will have the Western trust and Aid at all times of his administration.

Secondly it means that Ruto is and will be acceptable to the international community and if he be in a position to ask for a helping hand, he will be granted. Third it means that Ruto only has the interests of the people of Kenya at heart and is ready to serve them as their president.

World Youngest King Who Ascended The Throne at Age 3 (Photos)

Political Analyst Alleges Time Ruto Usually Reports to Work, Says He is Better Than His Predecessors