By yator.enock.kipkorir (self media writer) | 7 months ago

Emoo fm, a Kalenjin radio station under Mediamax will host presidential hopefull Raila Odinga on Wednesday morning breakshow. He will be hosted from 7:00am- 10:00am by renowned journalist Joshua Arap Sang who had earlier announced that he will go for Trans Nzoia senatorial seat in 2022. Community radio stations are closer to people at grassroots than the mainstream broadcast and print media. 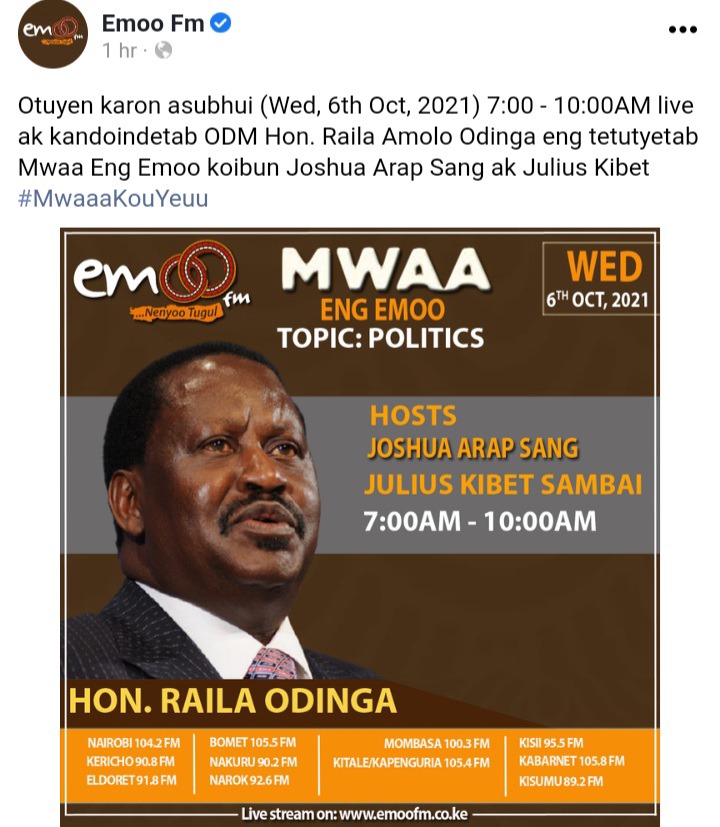 Media have played and important role in politics since establishment of freedom of press as cornerstone of Kenya democracy. Recent shifts in the media landscape have change how press interact with candidates, campaigns and voters. Bias media stations and journalists get involved in elections and choose which candidates to cover and how much 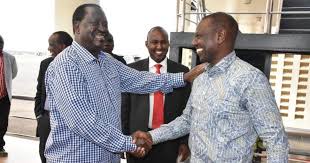 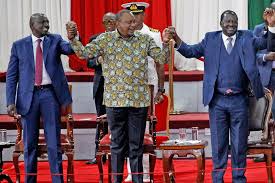 Testing the water through radio is the best and only option available after his allies stop marketing him to Kalenjin community.Many followers of Emoo flood the comment section with varying questions that must be asked. Many of them want his opinion on Pandora report, Mau evictions and Handshake. One user say Uhuru should have been invited instead so as to shade light on "kumi yangu, kumi ya Ruto" promise and frustration directed to him by state.

In 2007, Odinga received overwhelming support from Rift Valley when he vied for the presidency on an ODM ticket. Debate on controversial Mau Forest reclamation significantly cost him Kelenjin votes in 2013 General Elections. His constant fight with Ruto and recent revisit of Mau reclamation in bid to win Maa votes might have deepen the hatred. He will require a miracle to be accepted politically in the region.

Do you think use of radio to reach Kelenjins is effective? Give your opinion on comments section.

Well Done, This Is Presidential, Nelson Havi Congratulate Ruto For What He Did On Uhuru's Presence