By UnitedKenya.com (self media writer) | 4 months ago 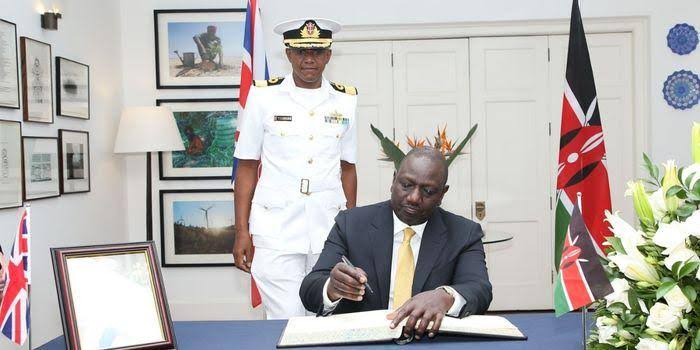 After four years of dedicated service to the former president Uhuru Kenyatta and a few weeks of service to president William Ruto, colonel Timothy Stelu has hanged his boots not as a soldier but as a dedicated helper to the head of State.

Colonel Fabian Lengusuranga from the Kenya army is president William Ruto's new Aide-de-camp and has already reported to work today escorting the president to Mathira Constituency where he is attending the funeral of the late Deputy president Rigathi Gachagua's brother.

Immediately after hanging his boots at Statehouse, colonel Timothy Stelu has not only landed a new assignment but also got promoted.

Immediately after leaving presidential service, Timothy Stelu has been promoted to Brigadier level. The former Aide-de-camp has also landed a new assignment at the Defense Headquarters at will continue serving the country but in another capacity.