The One Kenya Alliance, Kenya' s newest coalition, brings together seasoned lawmakers who have been in opposition for over a decade. In a country where alliances and parties are formed in advance of elections, might this new coalition revive the prospect of two political enemies, Odinga Raila and William Ruto, joining forces, as they did in 2007? 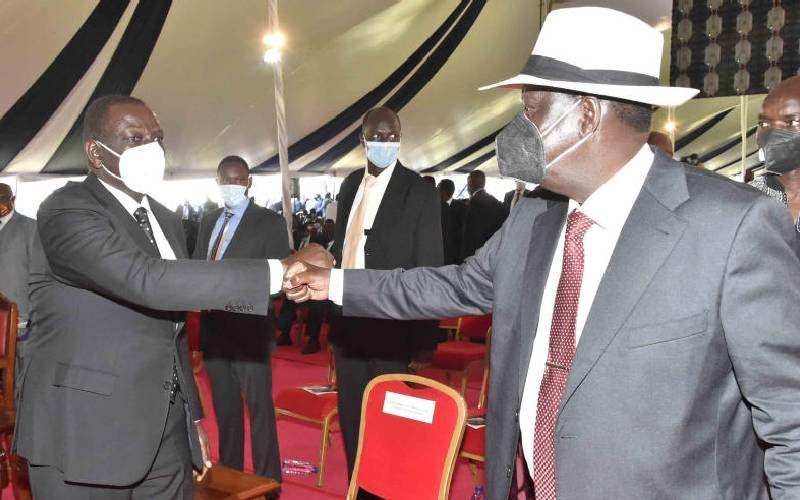 Following the establishment of the One Kenya Alliance ahead of the projected general election in August 2022, Kenya' s political theater is beginning to emerge. The new political organization, which brings together three opposition parties, was launched on March 25, 2021, in Nairobi, Kenya. It sparked a discussion over its future, and if it is, in fact, the new political vehicle to power. The Wiper Democratic Movement, led by Kalonzo Musyoka, is one of the opposition parties. He served as vice president in the coalition administration that reigned from 2008 until 2013.

Musalia Mudavadi, who ran for president in 2013 and now leads the Amani National Congress (ANC) party, is also a member of the new coalition, as is Moses Wetang' ula, the leader of the Forum for the Restoration of Democracy, Kenya (FORD- Kenya) party, which was formed in the early 1990s during the rise of the multi- party system. 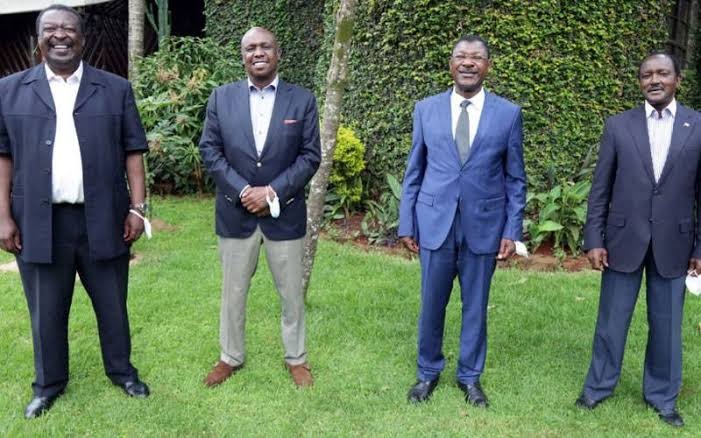 The Kenya National African Union (KANU), which controlled Kenya for nearly 40 years, is represented in the One Kenya Alliance by Gideon Moi, the son of Kenya' s longest- serving President Daniel Arap Moi, who is now deceased.

The Future of the Alliance

Political experts are not surprised by the establishment of this new alliance because Kenyan politicians have a history of creating parties and alliances ahead of anticipated elections. For example, the National Super Alliance (NASA) was founded in January 2017 ahead of the disputed election that took place in August of that year.

Surprisingly, the parties who joined the NASA coalition are the same ones that have now established the One Kenya Alliance; however, the Orange Democratic Movement (ODM), Kenya' s largest opposition party led by former Prime Minister Raila Odinga, is missing from the picture this time.

Coalitions of political parties have led to success in Kenyan elections, as evidenced by the National Rainbow Coalition (NARC) defeating KANU in 2002. However, University of Nairobi Professor Herman Manyora thinks that the One Kenya Alliance lacks a coherent philosophy and looks to be a tribal organization and regional gathering of political figures. " I don' t see this partnership lasting; it' s tough to sell to the public, " he adds. 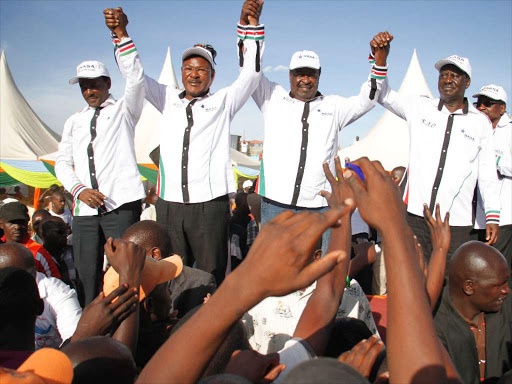 Another political group founded months before the August 2017 election is the governing Jubilee Party. In September 2017, more than ten political parties united to form the Jubilee Party, propelling President Uhuru Kenyatta back to power despite the fact that the results of the previous election were overturned by the Supreme Court and a fresh poll was held but boycotted by NASA.

What Is Motivating OKA?

This new organization is defined by two things: uniting the country and putting a stop to political animosity. According to Kalonzo, one of the new political outfit' s senior leaders, this coalition has arrived at the opportune time to unify the country. " We are ready to offer Kenyans the breath of fresh air they have been craving, " he declared during a news conference in Nairobi. 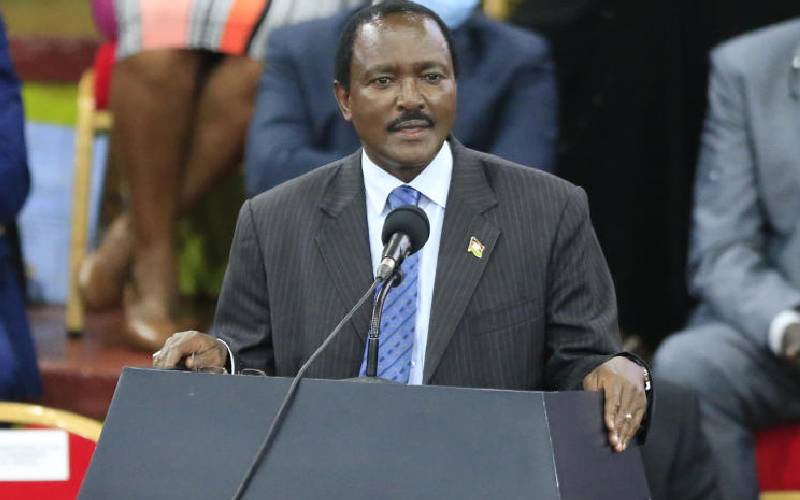 Mudavadi, the ANC' s head, told reporters that the new political group provides Kenyans with a political choice and hope for a better nation. Florence Kiwuwa, a Nairobi resident, is not convinced and believes the coalition is just another ploy to attract people' s attention. " We are weary of our politicians' falsehoods; they have nothing fresh to offer to assist better our lives, " she says. 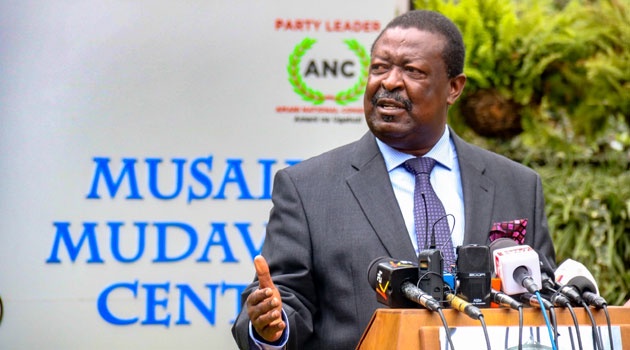 John Doughlas, who is from western Kenya, the home region of one of the coalition' s founders, says that the alliance should not be underestimated. " Kalonzo Musyoka and Musalia Mudavadi have shown to be trustworthy leaders in the past; I trust them and support the One Kenya Alliance; we need unity, " he says.

The Mega Challenges OKA Is Facing Ahead of 2022

First and foremost, the leaders of this organization must agree on who will be the presidential candidate when the time comes. At various political gatherings, all of them have shown an interest in running for the top job. Two of them have run for president before and lost, while the other two have not. Kalonzo was one of the presidential candidates in the hotly disputed election in 2007, finishing third, while Mudavadi ran in 2017 and finished third as well. 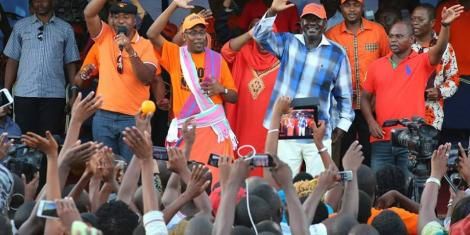 The parties that formed this alliance do not have a national outlook as most of their representatives come from their tribal and regional bases. In the national assembly, the Wiper Democratic Movement has 25 MPs out of 349, and in the Senate, it has three senators out of 67.

Unfortunately, some Kenyans now feel that the new coalition is a political initiative put together by outgoing President Kenyatta, who is seeking for a successor after his relationship with his deputy, William Ruto, soured. 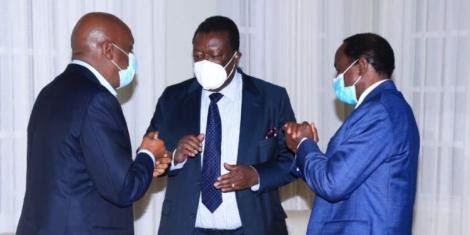 The new coalition has also revived the prospect of two political adversaries, Raila and Ruto, forming an alliance, as they did in 2007. Ruto rejected the new coalition in March 2021, calling it a tribal and regional gathering with no vision for the country.

However, other political analysts, like as Professor Makau Mutua, law dean at the State University of New York (SUNY), believe that if Raila and Ruto join forces, they would lose to the One Kenya Alliance. 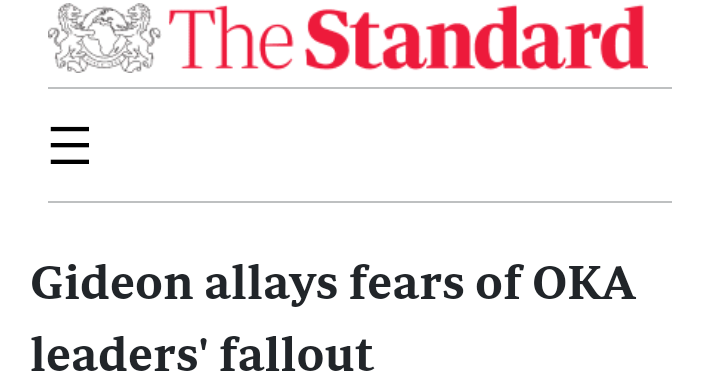 With mobility limitations in Kenya and a prohibition on political gatherings as a result of the Covid- 19 virus outbreak, leaders of the new coalition may have an uphill battle in popularizing their new political group.