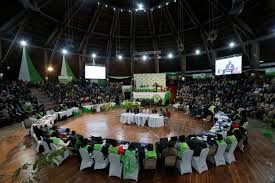 The IEBC's commitment to grant access to election declaration forms in voting places and electoral tallying centres, combined with the parties' plans to install agents in each of the 46,232 polling stations, represents a massive concurrent tallying that could take place on August 9, with the commission only waiting to declare the official results.

"Political parties are free to calculate their results; the media should do the same." "There will be a portal where the forms will be gathered when they are submitted and people will have access to the results," IEBC Chairman Wafula Chebukati said on Saturday.

Mr Odinga's operatives informed the Nation on Sunday that the Azimio team planned to count votes on its own whether the IEBC approved it or not. 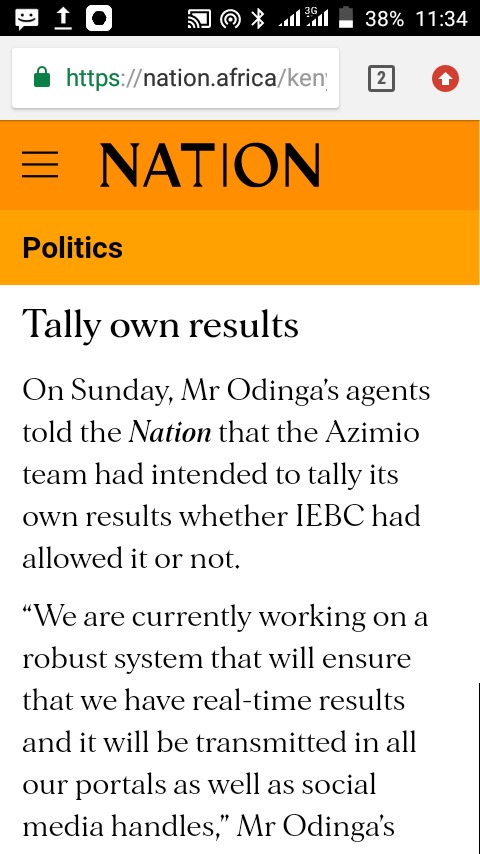 "We are now working on a comprehensive system that will assure concrete results and will be broadcast in all our websites as well as social media accounts," said Mr Odinga's top presidential agent Saitabao Ole Kanchory.

The Azimio campaign hopes to rely on the agents of other candidates running for the other five elective seats up for grabs in the August election. Mr Kanchory stated that 300,000 agents will be used to convey results from all polling booths.

For the Ruto side, it will be an expansion of the parallel tallying technique used by the United Democratic Alliance (UDA) in recent by-elections.

In the by-election, UDA candidates' representatives were expected to scan the results declaration forms, which were approved by all agents and the presiding officer, and transmit them to the party's tallying centre as soon as the results were announced. 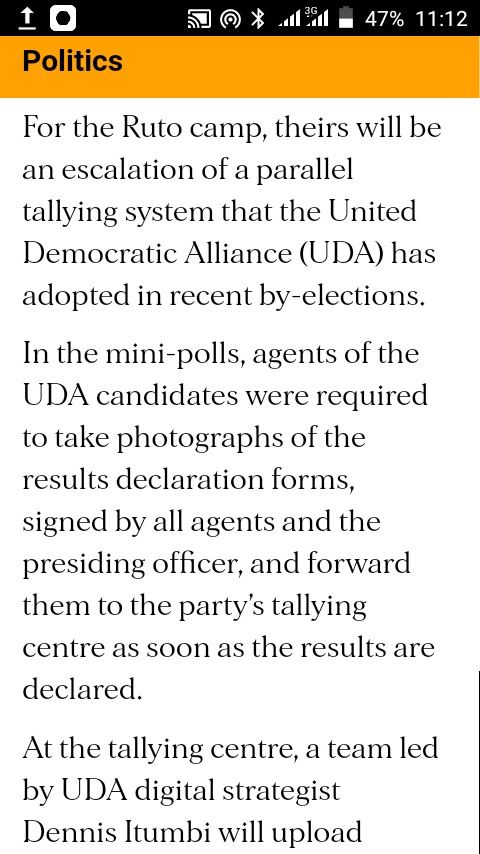 As statisticians count the data, a team led by UDA digital specialist Dennis Itumbi will upload them to the tallying centre.

These will be posted on the party's webpage, https://uda.ke/results/all/. Mr Itumbi confirmed a similar strategy on Saturday, saying, "It is confirmed." "We're all set."

However, anticipating a governmental crackdown on such a system, sources in the DP's camp are considering putting it up inside the new party headquarters, or a key official's residence, to keep from inquisitive eyes. Kimilili MP Didmus Barasa stated that they will defend their ballots at the polling stations until the count is completed.

"Our operatives will not leave polling places before, during, or after voting." "They will remain until the tallying is completed," he added.

Chebukati, who also serves as the presidential election's National Returning Officer, cautioned political players against pronouncing anybody a winner, citing his constitutional duties.

"You can count the results but not declare them." "You leave that one to me," he said.

While parties, the press, and election monitors have attempted parallel tallying in the past, they have mostly proved unsuccessful.