By Anonymousnews.Com (self media writer) | 7 days ago

Raila Amolo Odinga, the leader of the Orange Democratic Movement (ODM), joined by allies, toured His Excellency the President of the Republic of Kenya, William Ruto's backyard in Naivasha County today.

A consultation conference with youths from the region was held by the former prime minister. 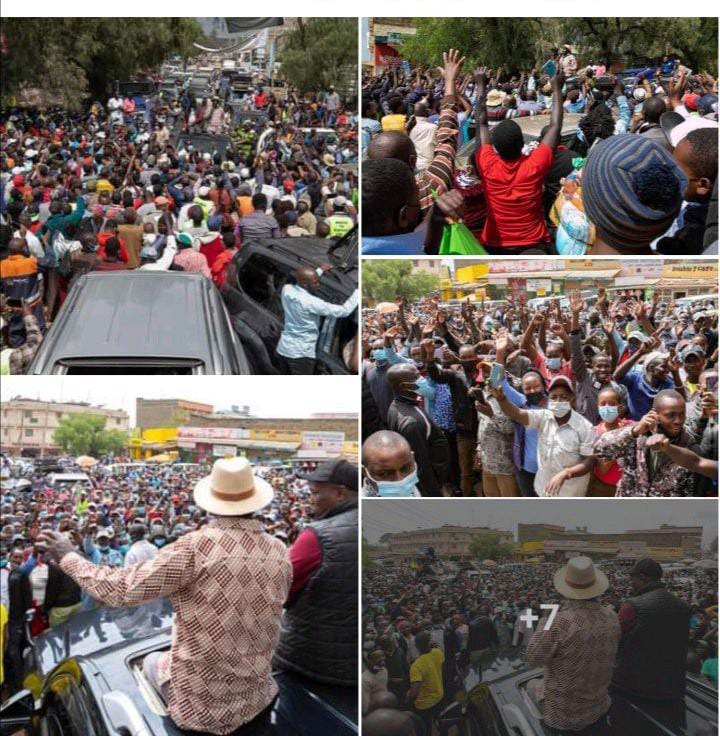 He continues to publicize his presidential ambitions for 2022. He asked the local kids to gather behind him and assist him in his campaign for the statehouse.

Following the dissemination of his agenda, miracles occurred, as his (Raila) convoy was blocked by enormous crowds of their fans in Naivasha town, who had gathered in large numbers to greet him on his tour of the region, asking that he address them.

William Ruto, Kenya's vice president, also addressed a rally in Laikipia County today before touring the region to promote his presidential ambitions ahead of the next general election. According to reports on social media, the enormous mob following deputy president William Ruto in Laikipia Town shut down all shops.

As they approached the center of Laikipia town, the mob was screaming Ruto's name. The deputy president, William Ruto, who was accompanied by numerous regional officials, thanked the citizens for their kind welcome. William Ruto, the deputy president, advised locals to vote for him in the upcoming general election so that they can have the finest administration possible in the future. 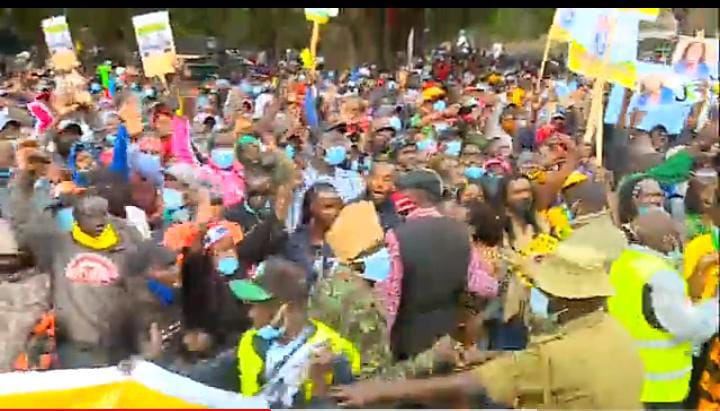 The deputy president Dr William Ruto further asked the government to issue out the 15k acres of land he was accused of possessing to Laikipia residents so that they can graze their carries from. He also issued out 1M to at most 400 small business owners to uplift their businesses.

The chief hustler Dr William Ruto also promised further hundred thousand to schools in Laikipia by next near.

Dp Ruto to Speak on a Famous Radio Station Tomorrow