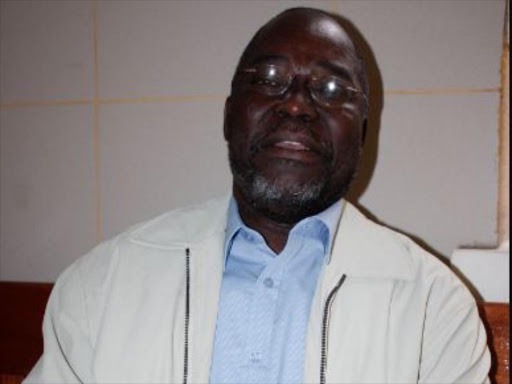 When the larger Kusumu Town constituency was split into Kisumu Town East and Kisumu Town West in readiness for the 1997 general election, Eric Gor Sungu ended up becoming one of the biggest winners.

With Raila Odinga having left Ford Kenya for NDP, Sungu was riding on the "Tinga party" wave that was sweeping across Nyanza.

Without too much competition, Sungu was easily elected as Kusumu Town East MP, marking the beginning of a checkered political career.

A key figure in the Raila political machinery, Sungu was one of the those who briefly joined the ruling party KANU following its merger with NDP.

In 2002, he was on the right side of politics as the Narc wave propelled him to a second term in Parliament.

In 2003, Sungu was given a monumental task as he was appointed as Chairman of Parliamentary select committee that was formed to investigate the death of former Foreign Affairs Minister Dr John Robert Ouko.

Sungu's political career suffered a major blow in 2007 when he lost in the ODM nominations to former Kusumu Mayor Shakeel Shabir. He would never recover.

He attempted to make a comeback in 2013 and 2017 but his effort proved futile.

In 2019, the former lawmaker elicited mixed reactions when he took to social media to report that his son had lost his bicycle and asked Kenyans to help him bring culprits to book.

Just how did Sungu, a once powerful figure in Kisumu politics, fade out very fast? Will he ever make a comeback?

Opinion: The Chaotic Scenes From The By-election Have Demonstrated That BBI May Not Be The Solution

Bonchari Constituency Update; ODM Calls On IEBC To Act Fast Or Call Their Supporters To Act