Khalwale disclosed that Raila should be imprisoned because he violated the Kenyan Constitution for the second time in history by declaring his Cabinet Ministers before becoming president. He added that his intention to appoint Oparanya as one of his future ministers is a ploy to convince Lughas to vote for him again so that he may continue playing with them, and he urged the people of Western Kenya to stop listening to Oparanya and Atwoli.

Raila shouldn't even be addressing crowds; he should be in jail for breaking the law and violating the Constitution, which prohibits presidential candidates from naming their cabinet secretaries prior to taking office. He has also chosen Oparanya to be one of His Ministers as he rises to power, and this is a strategy to reclaim Lughas after destroying them, but it's too late because our people have mastered the bad games that Atwoli and Oparanya are playing. Senator explains. 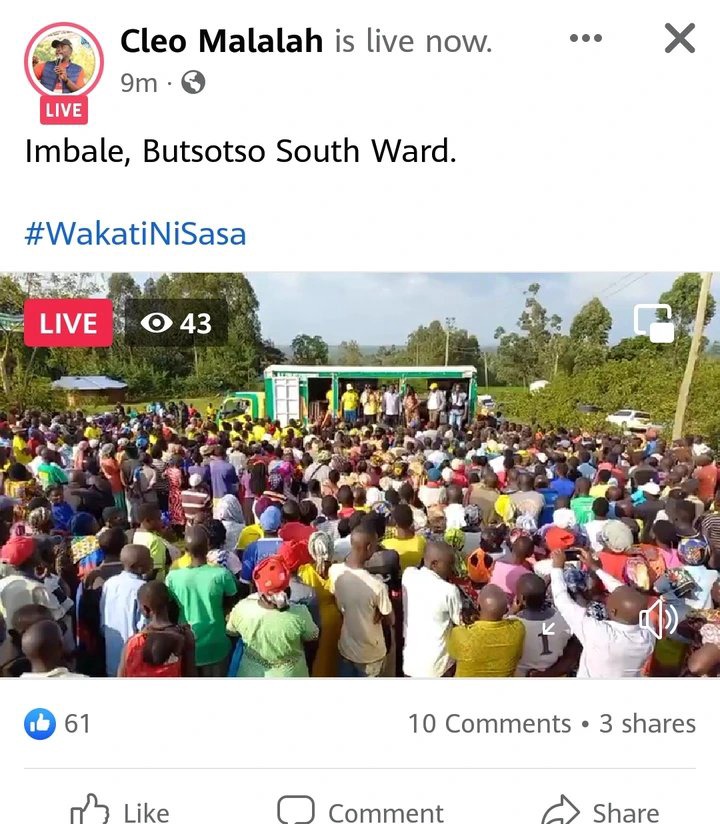 He went on to accuse the Honorable Titus Khamala of being bribed by Uhuru Kenyatta to attack Lugha leaders who oppose the Azimio alliance, despite the fact that Musalia Mudavadi chose him when he was nothing and placed him as the Chairman of the ANC Party in Kakamega. Khalwale also reminded Khamala that he stood with him when the people of Kakamega stated that they would not vote for him as an MP, and that he should be careful lest he be forgotten politically forever.

Another shame is the Honorable Titus Khamala, who has proved that he would not return the same effort and apologize for what we have done to him. When he was running for representative, he had no supporters, so I encouraged my people to vote for him. Mudavadi also selected him as the ANC chairman of Kakamega, establishing him politically, but Uhuru has paid him to attack us. If he does not exercise caution, he will lose everything politically. He added.

Khalwale spoke in Imbale, Butsotso's south ward, while Cleophas Malala and other leaders followed him.