By ZuriMedia (self media writer) | 1 year ago 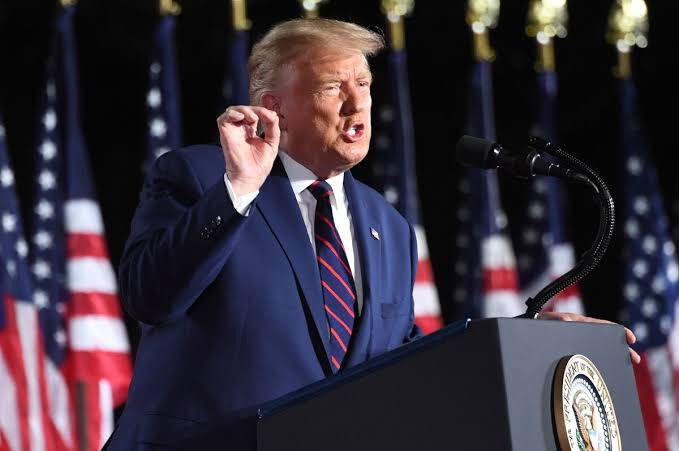 The elections controversy in the United States of America is seemingly not coming to an end any time soon. Incumbent President Donald Trump has still refused to concede the election to the presumed winner Democrat Joe Biden who won over three hundred Electoral College seats.

Donald Trump only managed to garner 234 electoral college seats, a testimony to the failure of his time at The White House. Mr Trump has overseen one of America's worst tragedies with his handling of the Corona Virus pandemic. Over 240,000 Americans have died with daily infections crossing the 140,000 mark in the last week. According to Joe Biden, more people will die if the transition is delayed. 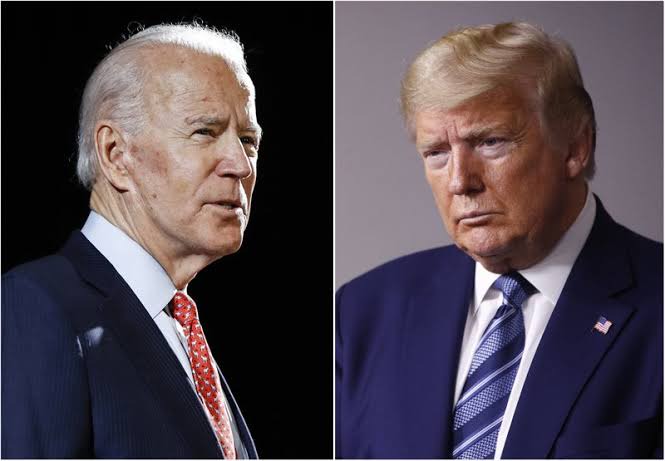 With Trump initiating legal procedures against 'rigging' as he calls it, the stage was set for a battle royal between his side led by Rudy Giuliani and the election officials. One of his petitions has now been dealt a huge blow after the Pennsylvania Supreme Court threw it out with a vote of 5-2.

According to the Trump campaign, election officials conducted an Electoral offence as his observers were instructed to stand 15 feet from the officials doing the counting. They could only see markings on the ballots but not who the vote had been cast for. 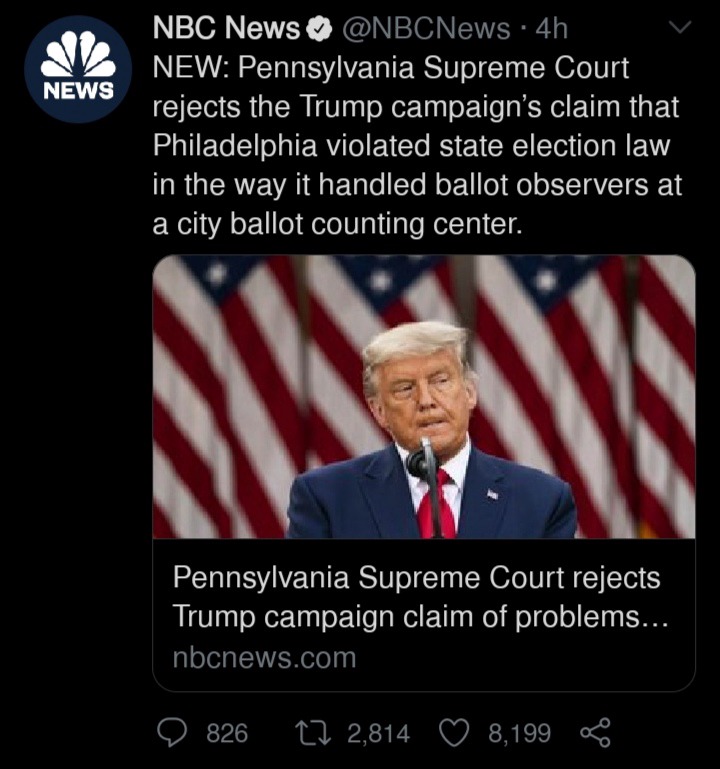 According to the Supreme Court, election officials had every right to do so as the law only requires that observers be in the same room counting is taking place. Trump's options on delaying the seemingly inevitable transition are running out and all signs are pointing to Biden taking over in January.