Raila Odinga, the leader of the Orange Democratic Movement, was in the home county of deputy president William Ruto, Uasin Gishu, for a historic political rally that brought a massive crowd into the streets. 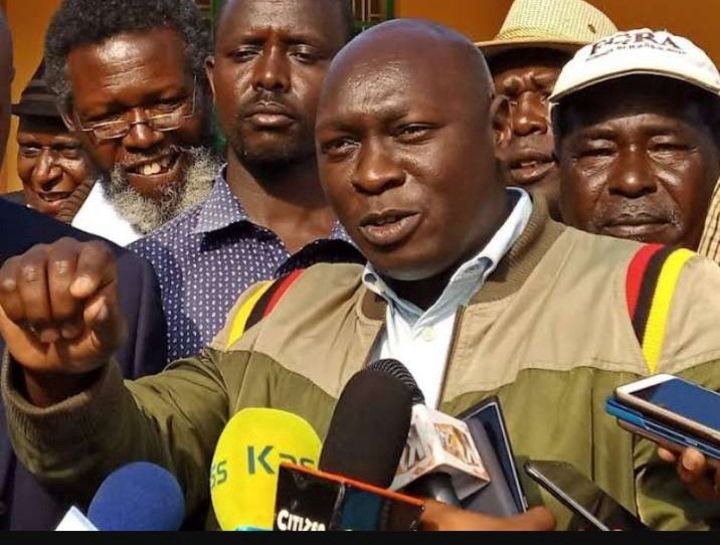 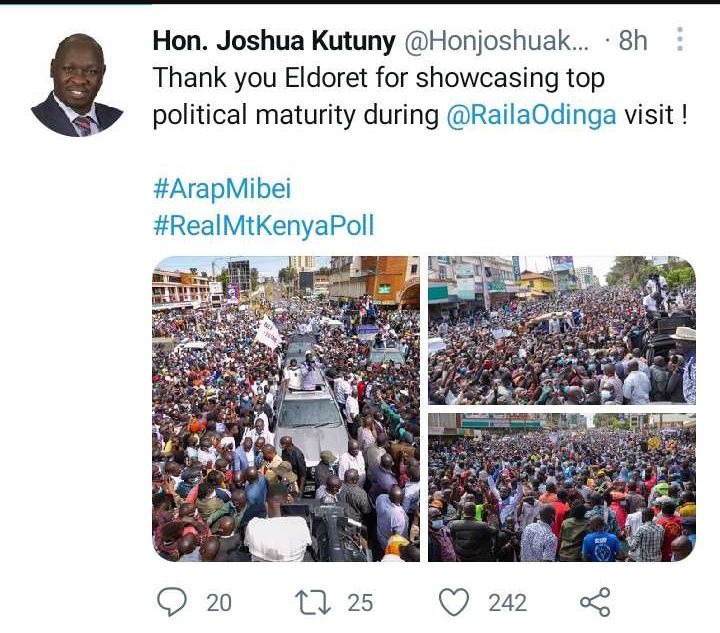 Despite the fact that the majority of its residents support Ruto, Eldoret has shown political maturity by supporting Raila. This is a sign of the country's unity as we approach the general elections in 2022. Consider how Ruto was received in Raila's garden versus how "Baba" was received in Dp's domain. They're all pretty much the same. 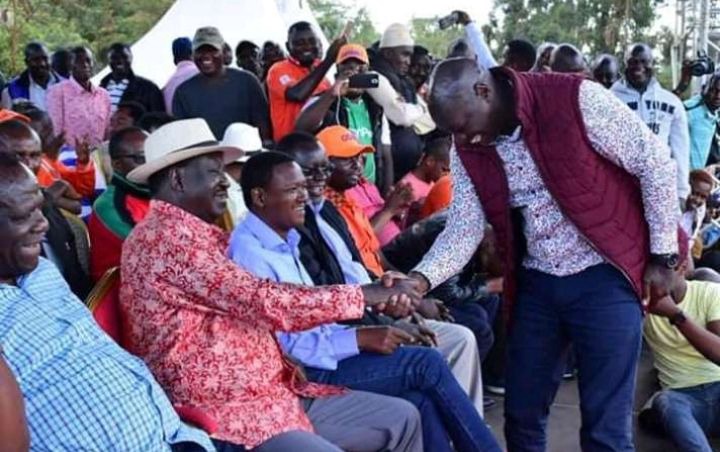 Following Raila Odinga's brave visit to Uasin Gishu, Joshua Kutuny, a member of the Jubilee Party in the national assembly for Cherengany, has now come out to speak for the first time.

Raila Odinga's visit to the Rift Valley, largely regarded as William Ruto's political heartland, comes barely a week after addressing the Kalenjin people via the community's five radio stations, requesting their support for the 2022 presidential election.

He claimed that he will work with Munyes and Simon, his opponent in 2022.

Raila seeks to reclaim the region that overwhelmingly supported him in the 2007 election.