Raila Amollo Odinga has today received good news after Interior CS Fred Matiang'i declared his support for the former Prime Minister in seeking votes and marketing his political agendas all over the country.

During a fundraising effort at Mwongori High School in Borabu Constituency, Matiangi informed the crowd that he will guide the Kisii committee to support Raila Odinga to the next government.

He claimed that the March 2018 handshake agreement between President Uhuru Kenyatta and Odinga had brought leaders together and that he could not "gamble" on supporting the President's goal. 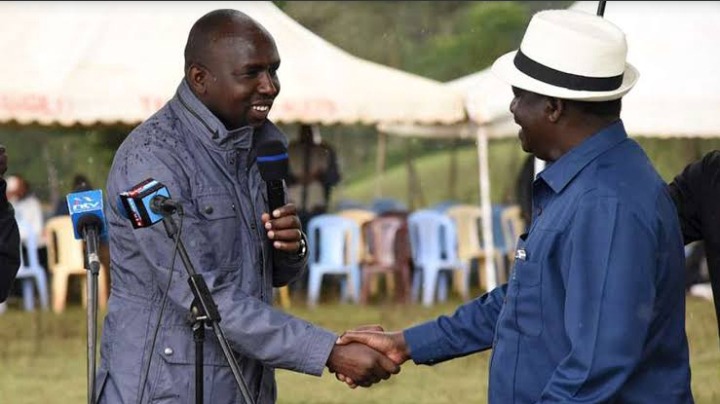 “I want you to to support my declaration in moving to Raila’s camp and I promise you I won’t fail you,” the Cabinet Secretary remarked.

The long-serving opposition leader who will be seeking to make the fifth stab at the presidency has attracted the support of top government officials which has recently earned him a tag State-sponsored candidate. 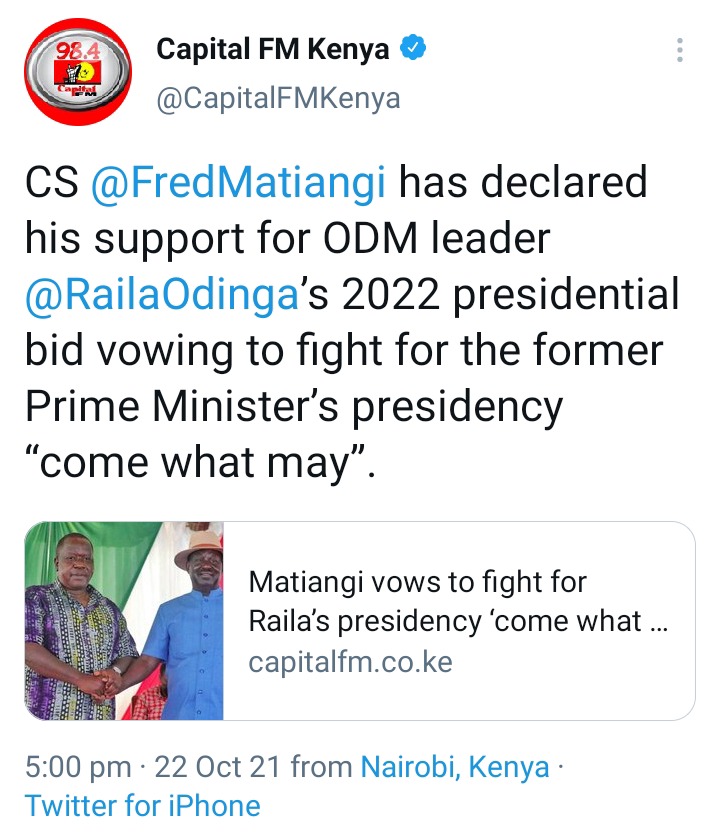