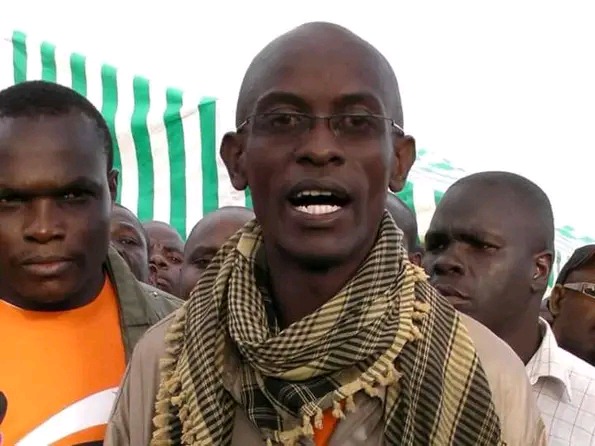 When he won the Ndhiwa MP seat in a 2012 by-election to succeed long serving Joshua Orwa Ojode who had perished in a helicopter crash, Agostino Neto became the youngest MP in the country.

At 33 years at the time, Neto was seen as the future of Nyanza and Kenya politics in large. An easy victory in 2013 reinforced this expectation. However, amid serious run-ins with ODM party and its leader Raila Odinga in the run up to the 2017 general election proved to be his break moment.

With this rivals baying for his political blood, Neto's fate was sealed in 2017 when he lost during the ODM party nominations to little-known Martin Owino. Not even his decision to run as an independent candidate could save him as he was finally tossed out during the August 8 general election.

Fast forward, after spending the last five years in the cold, Neto is back with a bang. Keen to recapture the seat he held for some six years, the former MP has reinvented himself, ready to give politics another try. 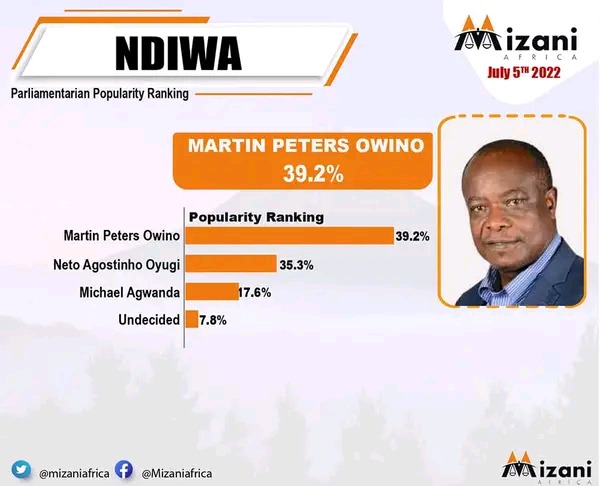 Though he is trailing Owino as per the latest opinion poll by Mizani Africa, Neto is a man to watch in the Ndhiwa MP race.

At 35.3%, the former legislator is just 3% behind the incumbent. With only one month left to the next general election, anything can happen. Can he close on the gap and deny Owino a second straight term? This remains a possibility.

"I've Spent 33 Million On Campaigns" Bahati Reveals Says He Plans To Spend This Amount Before 9th.

" We Are Solidly Behind 'Baba' " Section of Mt. Kenya Residents Say After Listening To Uhuru's Plea