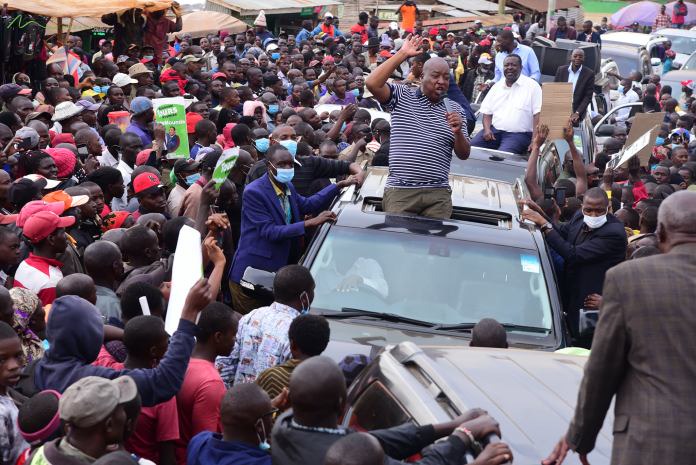 ANC leader Musalia Mudavadi has suffered a career blow after his only governor-elect also dumped him.

Governor Nyaribo, his deputy James Gesami and Nyamira women's representative Jerusha Momanyi have all shifted their allegiance to the ODM leader, who will be vying for the presidency.

Speaking in Nyamira on Monday, Momanyi, who was elected on a Jubilee party ticket, said her decision was based on the popularity of the Azimio movement led by Raila Odinga in the county.

"We have been in Azimio now since we established where we need to go as a country," Momanyi said.

“Even though we fight for these positions, keep the peace and remember that the positions come and go, but we will remain Kenyans,” she added.

The governor's defection comes less than three days after hosting Mudavadi who was touring the county on Sunday.

During his tour, Mudavadi had revealed his intention to make Nyaribo deputy leader of the ANC party, which was to be confirmed at the next national conference of delegates on Sunday January 23.

"In order to appreciate what your governor is doing, we are in talks to have Nyaribo as deputy leader of the ANC party, who will help push the party agendas forward," Madavadi told Nyamira.

For his part, Governor Nyaribo had warned the ANC against allying with Vice President William Ruto, saying such a move would cause him to decline the party's proposal for the post of deputy party leader.

KNEC: How to Confirm KPSEA, KCPE and KCSE Registration Details

Fresh Details Reveal What Is Happening In Azimio Camp