William Ruto, the vice president, has vowed to sue Uhuru for his actions while in government. If Ruto gains power, he will make sure President Kenyatta is held accountable for some of the things he did while in office, according to him. The Building Bridges Initiative (BBI), which sought to amend the constitution, is among the items Ruto has cited. Ruto claims that President Kenyatta has also been involved in dubious government activities by issuing contracts for reasons that are not clear. 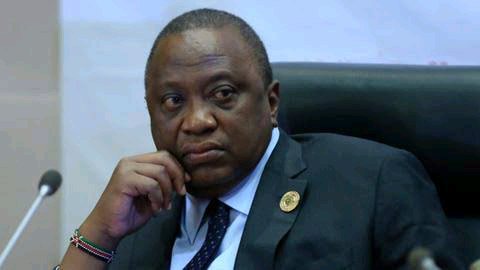 Ruto claims that Mr. Kenyatta has been involved in several transactions that can only be resolved by legal action. DP Ruto asserts that following their handshake in March 2018,Former Kenyan Prime Minister Raila Odinga has been deceiving the President, causing him to make poor judgments that are detrimental for the nation.

According to a story in the Daily Nation, Ruto has stated that if Kenyans allow him a chance to become president, he will confront President Kenyatta head-on. This demonstrates the severity of the rift between Uhuru and Ruto, which seems to be growing every day.

After winning the election, Ruto promises to send out eight teams of specialists to look into President Kenyatta's affairs and gather solid proof that might put him in jail. According to Dr. Ruto, only a thorough cleaning would restore sanity to the people of Kenya during this dwindling economy that continues to trouble Kenyans.

The move DP Ruto is expected to draw reactions from Kenyans and even have impacts on his votes on 9th August. Kenyans are keenly watching to see what turn things will take after 9th August.

Harambee Stars midfielder stars as Swedish side lose against Kalmar