Kilifi Governor Amason Kingi has lectured Raila Odinga for saying that, starting a Coastal political party will threaten the unity of the country as Mr Kingi has told Raila to stop double speak and double standards. 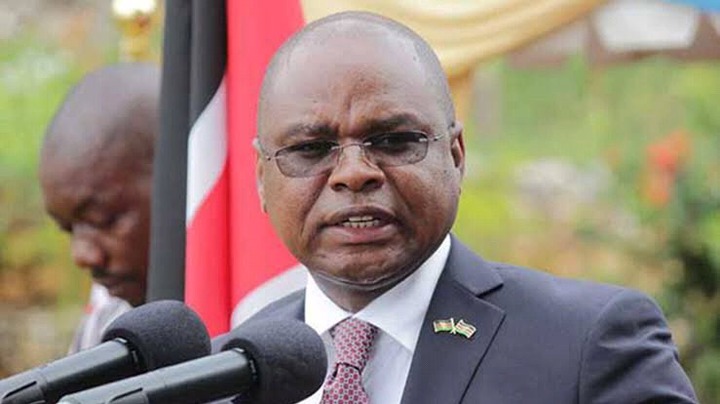 Kingi addressing wananchi at Ganze Primary School football ground to promote the proposed BBI Bill said that all parties that, have been registered in the country so far are national parties, but almost all of them have their strongholds in numerous regions across Kenya and reiterating that KADU Asili’s intentions is to do nothing extraneous, but unite the Coastal region so that the region can speak with the same voice just like other political parties does in different regions in the country.

This comes after while addressing the residents of the Ganze area in Kilifi county, the Orange Democratic Movement party leader HE the former Prime Minister Raila Odinga has reminded coastal leaders to focus on service delivery, rather than putting much attention towards forming a regional party.

In Ganze, Raila Odinga told the local leaders to focus on development and create an environment that will help improve the standards of living of the people of Coast rather than thinking of forming regional parties, claiming that the party might promote ethnic politics in the region as mr Odinga has further lectured the Kilifi county governor Amason Kingi over his alleged plan to exit ODM and form a coastal region political party.

Odinga has reminded Kingi that he has enjoyed the support of the ODM party from 2007 and it's not fair to see that bad in the party this late.

Things You Should Know About Aunty Loretta of Zora Series