By Thealmightyarrogant (self media writer) | 26 days ago

A viral photo purporting to be of ODM leader Raila Odinga dressed like a sorcerer's regalia is altered. 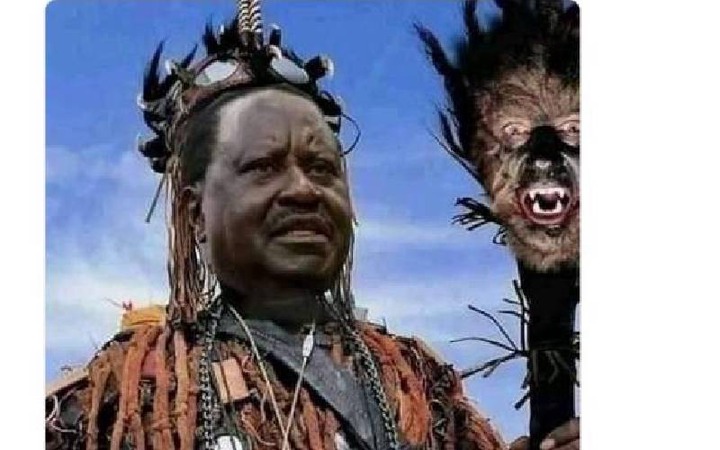 The photo which surfaced on social media in early September has widely been shared on WhatsApp and Telegram groups.

The photo shows Raila dressed like a sorcerer - a headgear with feathers, ornaments around his neck and a walking stick.

A Facebook user by the name Claire Cheptoo posted the photo with some emoji’s.

The photo was also posted by AnkoGeof with prescriptions that read, “Every serious leader from each corner of this planet has come out to tell their people on how to remain calm and responsible during this hard time of corona but guess what? Mganga amenyamaza pale Karen anapanga vile ataendelea kupotosha wakenya kuhusu BBI after the tragedy.... 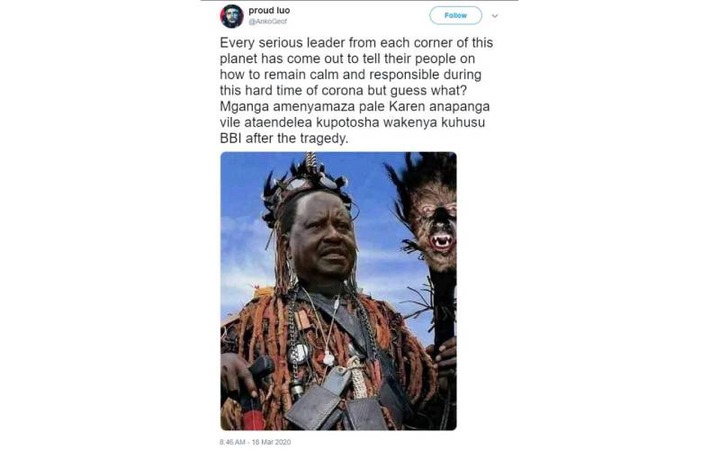 The photo surfaced a day after Raila dismissed allegations by his political rivals that there was nothing wrong with witchdoctors. On the contrary, he said he is a Christian who has experienced the power of prayer. Raila was addressing congregants at PAG church, Hardy, Karen, Nairobi

“I have heard others calling me a devil, and that I believe in witchcraft. What is bad with witchdoctors? Aren’t they treating people? I am a Christian who prays and there is so much I have gone through with the help of prayers,” he told congregants.

Using the online search tools, the Checkpoint desk established that the original image was taken during a cultural event in Mali in 2006.

The Festival Sur Le Niger is held annually on the banks of River Ségou in Mali to celebrate tribal traditions and cultures. Participants dress up in traditional attire to celebrate their heritage.

While in the original photo the Donsow Chief was holding a staff with a fly-whisk, the photo with Raila has the face of a werewolf.

A further reverse image search revealed that the werewolf image was obtained from a website that sells the costumes.

Petroleum Products And Amendment Bill 2021 Out