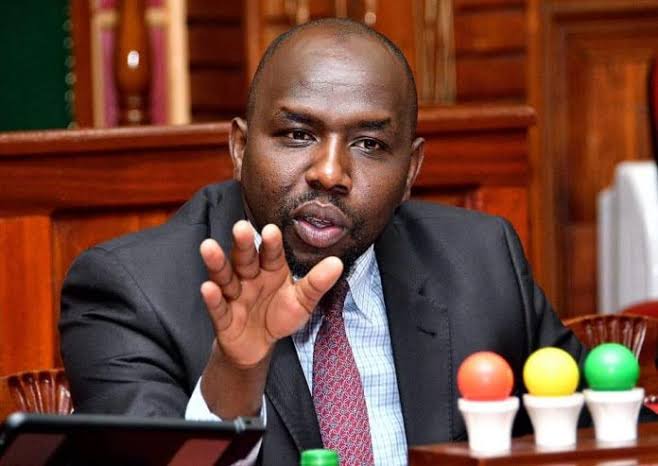 When news broke out that Jubilee party vice chairman David Murathe had been dragged into the big money KEMSA corruption scandal, many people reacted. One of those who reacted was Elgeyo Marakwet senator Kipchumba Murkomen.

Through his official twitter account, Kipchumba Murkomen claimed that he was surprised to learn that there are some Kenyans who didn't know that Murathe is a father of corruption in the country. The former majority leader in the Senate House went on to state that David Murathe is only but an agent, meaning that he has a boss in all his corruption activities.

"I am surprised that there is a Kenyan who didn’t know that Murathe is the father of corruption and tenderpreneurship. The sad news is that he is the agent. Who is the principal ? Your guess is as good as mine." Tweeted Kipchumba Murkomen.

"David Murathe knows The Godfather of Corruption in Kenya ... My Good Senator Kipchumba Murkomen knows the Consigliere to The Godfather! .... It seems it is only EACC that doesn’t know the existence of Cosa Nostra in Kenya & who this Godfather is!" Tweeted Donald Kipkorir. 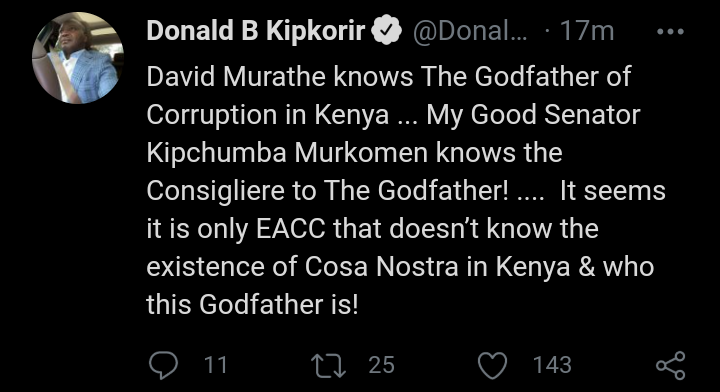 As things seem to be, that is now becoming an indirect dig at both President Uhuru Kenyatta and Deputy President William Ruto. There is a lot of hidden meaning in Kipchumba Murkomen and Donald Kipkorir's words.

Why Asking For Helps Saves You A Lot Of Struggles

5 Facts About Raising Children That are not True

Ruto Makes This Announcement Regarding Telecommunications Devices When he Becomes President