Inspiration: Success Story Of A Young Hustler Who Received A "Mkokoteni" From Embakasi West MP

By Stan_Ka_Wambu (self media writer) | 4 months ago

It was on October last year when 23 years old Anthony Ngumo find his breakthrough after he encountered with Deputy President William Ruto.

Ruto had taken his political trip to Embakasi West constituency where he started giving out some wheelbarrows and handcarts to youths after a political campaign. Ngumo saw this as a perfect opportunity to get what he had been praying hard to get.

Ngumo was so unlucky and didn't got a handcart as he wished. However, this young man was not on a position to give up, he dashed in front of Ruto's convoy and begged for a mkokoteni. His courage left people full of surprise. 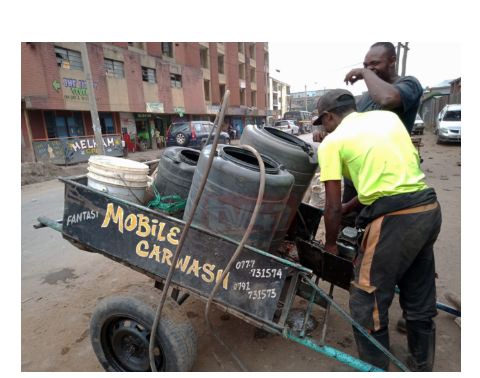 Antony could not believe it when Embakasi West constituency MP Hon George Theuri who had also accompanied Ruto on his political tour called him to his office to pick a new mkokoteni. It was a dream come true for him. All the money he was using to lease a mkokoteni will now be an addition to his profit. He labelled his handcart "Every hustle counts". 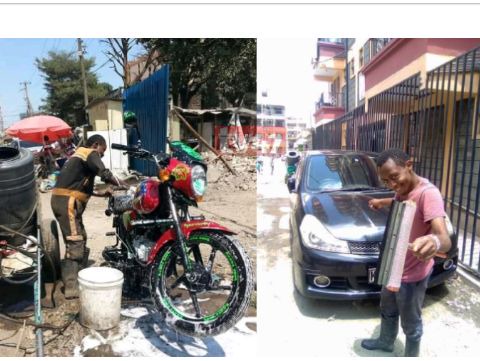 Antony was born and brought up in a very humble background. Being brought up by a single parent in the slums of Dandora was a hard life. His parents had separated when he was young.

He studied his primary school and later admitted to Kimunyu Secondary school in Gatundu South Kiambu County. In form 2 he was expelled after engaging in a fight with his teacher. He was transferred to another high school where he was also expelled while in form 4.

Antony joined a gang in Nairobi where the could steal and pickpocket people. His 40th day came and he find himself in the hands of the angry mob who practiced their "justice" on him. Fortunately he was rescued.

He decided to start a legitimate hustle. This landed him to ferrying goods using a mkokoteni which he used to lease. The hustle could give him between ksh 150 to 500.

After saving for sometime, he started hawking cloths and sweets in Nairobi. However, this didn't work for long as he was harassed by the town council askaris and he ended up giving up on the job. He landed back to the handcart again.

He moved to umoja where bought a 100 litres water tank and a wheelbarrow. This time he decided to start a mobile car wash. The idea of carwash moving to the car instead of a car going to the carwash made him win a lot of customers.

After saving for a period of time, Ngumo bought two more tanks and started leasing a mkokoteni. He also bought a solar enabled carwash machine. 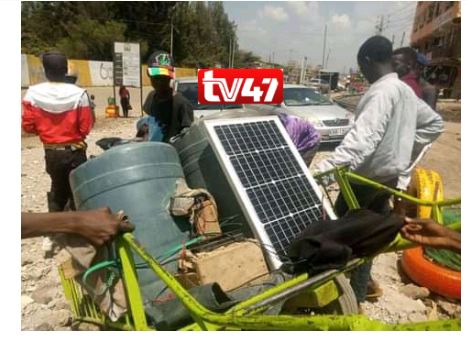 The cost of leasing a mkokoteni was cut off after he received his own. He later hired another youth to work with and currently the two can wash more than ten vehicles and 10 motorbikes per day charging between Ksh 100 to 1,000. 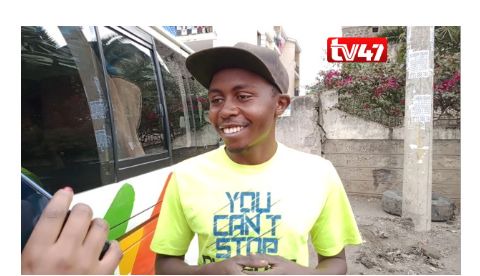 Speaking with TV47, Antony said that he is looking forward to having a permanent carwash as he still move on with his mobile carwash. He also added that he would like to be a car dealer in future.

“Huko Hakuna Uceleb" - How Joy Of Machachari Was Punished At University For Dressing Informally.

Revealed: Powerful Governor Allied To Raila Odinga Who Snubbed His Meeting In Naivasha