Mount Kenya Leaders Who Accompanied Raila During the Meru Tour 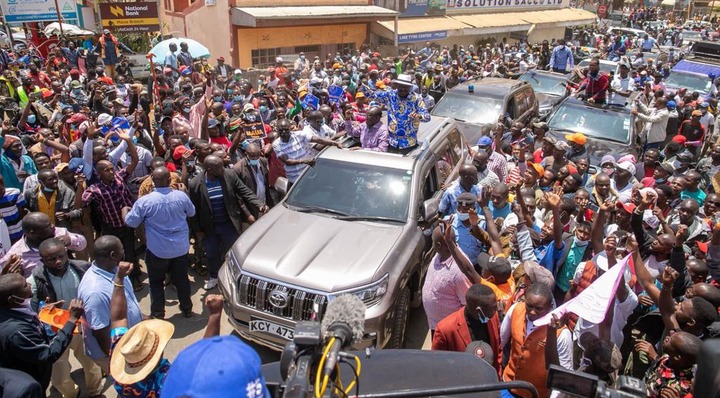 As the former Prime Minister Raila Odinga continues to search for more support for his 2022 presidential candidacy, it is now clear that he is willing and ready to climb the mountain no matter the cost.

On Monday 2021-10-18 Raila Odinga arrived in Meru County to popularise his Azimio la Umoja campaign in the region. Raila has been a visitor to the region many times in the past however the Monday tour seems to have been the most successful as many Mount Kenya leaders accompanied him and also declared their support for him come 2022. 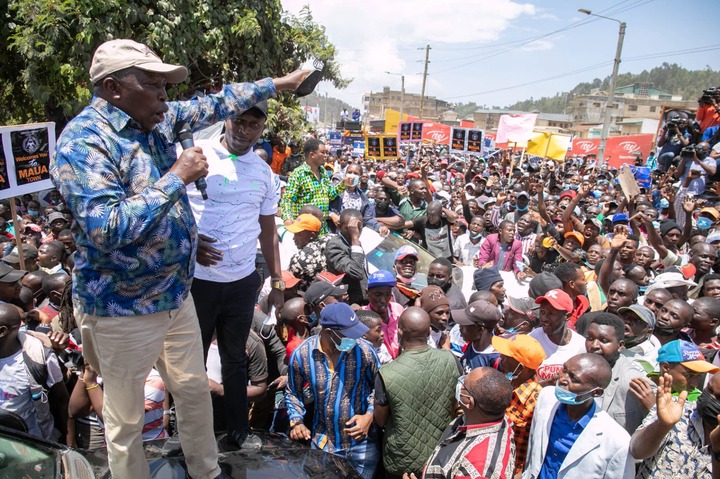 Here are some of the leaders who braced the occasion;

He was also accompanied by senior politicians from other parts of the country like Governor Hassan Joho, Junet Mohammed, Gladys Wanga, Governor Ongwae and Fatuma Gedi among others.

Notably, Raila’s rally in Meru County brought together two political giants from the region Peter Munya and Governor Murungi who have not been Seeing Eye to eye for a very long time. Earlier in the morning before hitting the road for the rally, Raila spoke about the need for reconciliation between the leaders.

He maintained that he will not take any side in the ongoing controversy however he will try arbitration adding that both of them are his friends.

On one hand Raila recounted having worked with the current Meru Governor Murungi during the Nyayo era claiming that Murungi was his comrade during the fight against Moi regime. He also showered Munya with praises stating that he has always been very successful in whatever sector he leads. 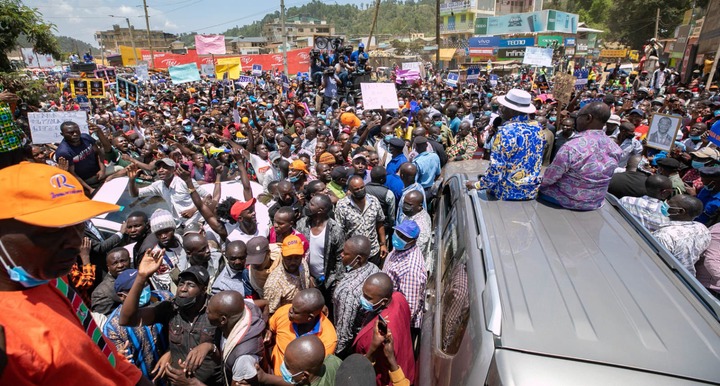 What we are seeing today in the political arena is in sharp contrast to what used to happen few months back. Mount Kenya region was perceived to be a strong hold of the Deputy President William Ruto however it now seems Raila is making inroads.