By NewsKenya (self media writer) | 1 month ago 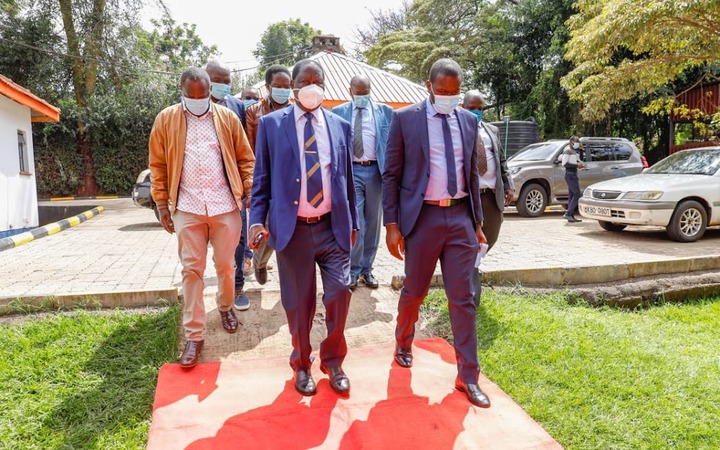 Since this was President Uhuru Kenyatta's last Mashujaa day celebrations before he exits office, undertones of 2022 succession politics were expected during the event.

Political analyst Edward Kisiang'ani has come out to make sensational claims , after the former premier was handed a chance to introduce opposition chiefs who were present at Mashujaa. 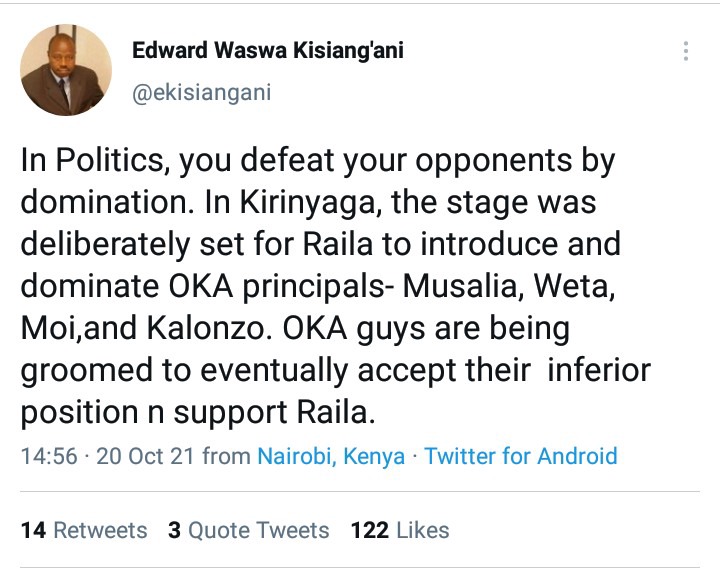 "In Politics, you defeat your opponents by domination. In Kirinyaga, the stage was deliberately set for Raila to introduce and dominate OKA principals- Musalia, Weta, Moi,and Kalonzo. OKA guys are being groomed to eventually accept their inferior position n support Raila." he claimed.

According to numerous political observers, Raila Odinga is the preferred candidate to the powers that be, claims have been made the former premier is being positioned to succeed Uhuru Kenyatta in 2022.