By joemuca (self media writer) | 1 year ago 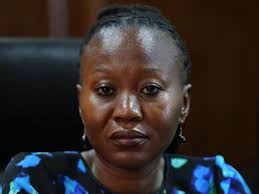 Chief Justice David Maraga dropped a bomb to Kenyan government proving that he was selfish and hungry for power instead quit when his term was over. Chief justice paused a challenge to people like COTU Secretary General Francis Atwoli who keep on recycling themselves in the office and feel that nobody can replace them when they leave this public offices. They should be ashamed of themselves.

Chief justice David Maraga stated that, "It was my honour and privilege to serve you as Chief Justice." Maraga.

Former IEBC commissioner Roseyln Akombe was slammed after she said this, "History will remember Chief Justice @dkmaraga for protecting the independence of the Judiciary at all costs. You truly lived by the call from Ellen G White that the "greatest want of the world is the want of men who will not be bought or sold, men who in their inmost souls are true and honest, men who do not fear to call sin by its right name, men whose conscience is as true to duty as the needle to the pole, men who will stand for the right though the heavens fall." Roseyln Akombe.

Akombe was slammed by this Kenyan who told her," True to your words, i guess you had an opportunity also to do the same but you abandoned us when we really needed your courage and expertise." Djamp.