By mungajane (self media writer) | 1 month ago 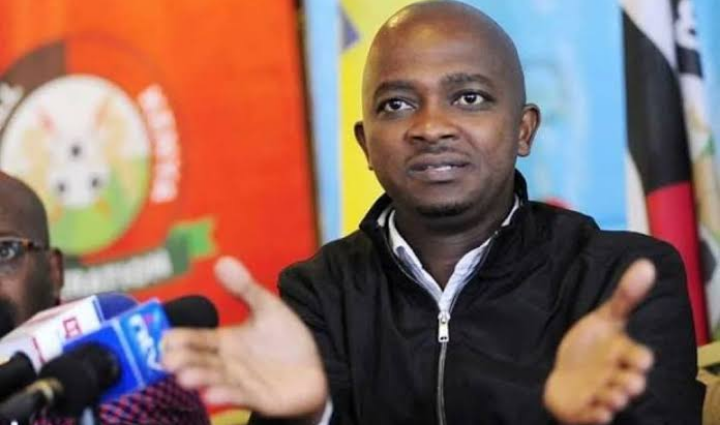 Football Kenya Federation president Nick Mwendwa has finally stepped down from his position and delegated his role to his deputy Doris Petra. Mwendwa has relegated his duties days after he was arrested twice for allegedly being involved in corruption.

On Friday last week the FKF boss was arrested and put in police custody and was on Tuesday charged with Sh38 million fraud. He was charged after he lost in his body to block prosecution. He was granted Sh10 million bail or bond of Sh15 million with two sureties of a similar amount Mlimani senior principal magistrate Eunice Nyutu.

Mwendwa has been barred from accessing his offices as his case will be mentioned in December 20th, 2021. A special commitee into the federation was selected by sports Cabinet Secretary Amina Mohammed.

George Juma: Let us have new election and elect a new president of fkf

Shadrach Alvaro: It has taken along time FRED AROCHO...he could have resigned 9 years ago due to incompetency and too much mouthing.Otherwise,hope you've learned lots of lessons as far as Nick Mwendwa chronicle is concerned papaa. 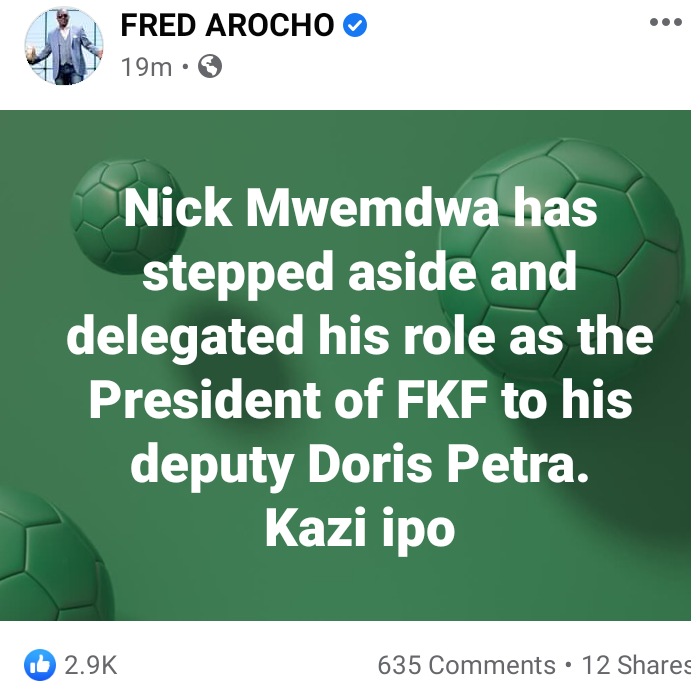