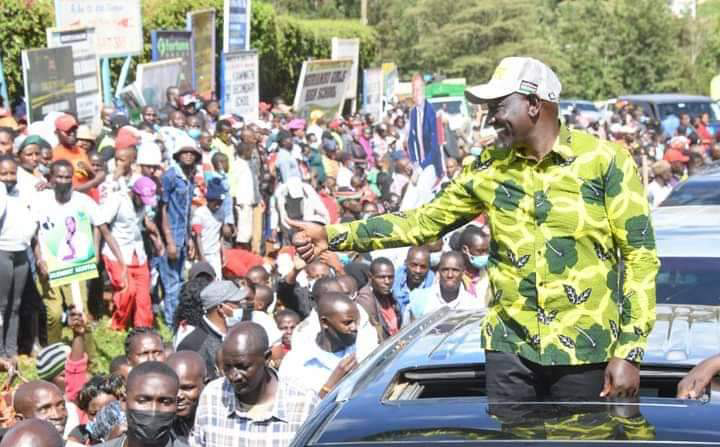 As he touched down at Kithimani in Yatta Constituency in the morning of today on December 2nd for the second day of his tour to Machakoss County, Deputy President William Ruto received a rude shock that got him experience the pain of heavy rains that Machakos and the Nairobi Metropolis have been receiving lately.

The DP who landed aboard one of his choppers at around 10:20AM at an expansive field found a relatively large number of Kithimani residents donned in UDA themed attires waiting for him but they were seen standing several meters away from his landing spot.

Upon disembarking from the chopper, he was greeted with a muddy ground whose soil seemed to have reached its saturation point to the point of holding plenty of water on the surface and creating mud.

Then in an attempt to reach his Lexus LX570 as fast as he could, the DP was seen applying guesswork or rather trial and error as he carefully moved his legs across some ditches muddy heaps to find stable spots on which to step. 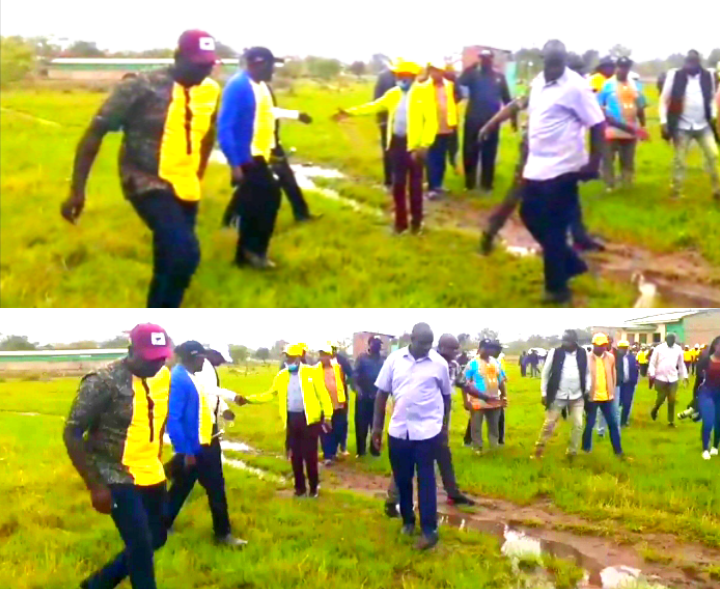 This even hindered him from shaking hands with as many locals and area leaders that had come to receive him as they would've wished probably because he feared the sticky situation that move would've brought.

Fortunately, he eventually made it to his ride that was waiting some sixty or so seconds away from the chopper, finding relief in the front seat of the car.

Then while inside the ride, he didn't immediately rise through the sunroof to greet his hosts like how he normally does but rather took a moment to probably tend to his muddied shoes.

While in Machakos, the DP will not only tour Yatta but also Masinga Constituency where he's expected to preside over several empowerment programmes.

In Yatta, he was scheduled to hold rallies at the aforementioned Kithimani, Matuu, Ikombe and Katangi markets.

Then in Masinga constituency, he was to hold the same at Kaewa, Masinga, Ekalakala and Kiatineni trading centers.