A day after Tanzania's vice President Samia Suluhu assured the nation that President Magufuli's health was steady after undertaking some medical tests, speculations have once again risen after military trucks were on Tuesday, seen hovering around Tanzania's Capital Dodoma.

In the photos shared online, military ceremonial trucks, always used on National Holidays by the head of state, could be seen moving towards the center of Dodoma city, something that left many in and outside Tanzania questioning on what could be cooking. 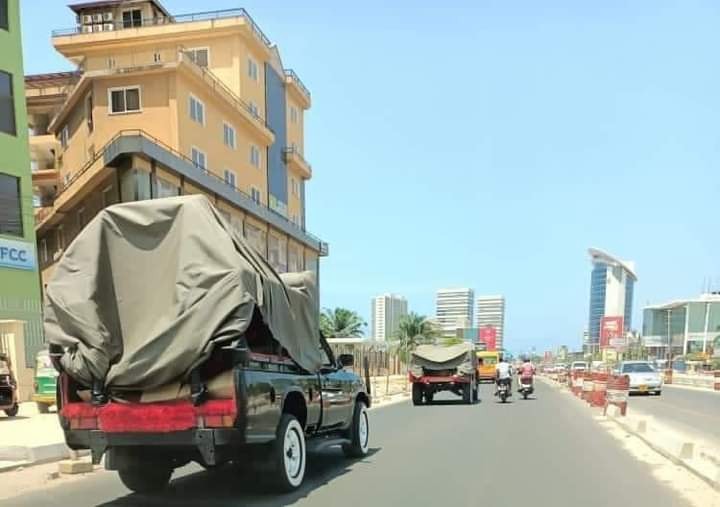 The military vehicles spotted in the said streets were covered by tents, raising more questions on what they could be carrying and if all was well with the country's head of State President Magufuli.

Already, a section of bloggers from Kenya and Tanzania have come out to weigh in on the same. reading malice in Magufuli's state of health. 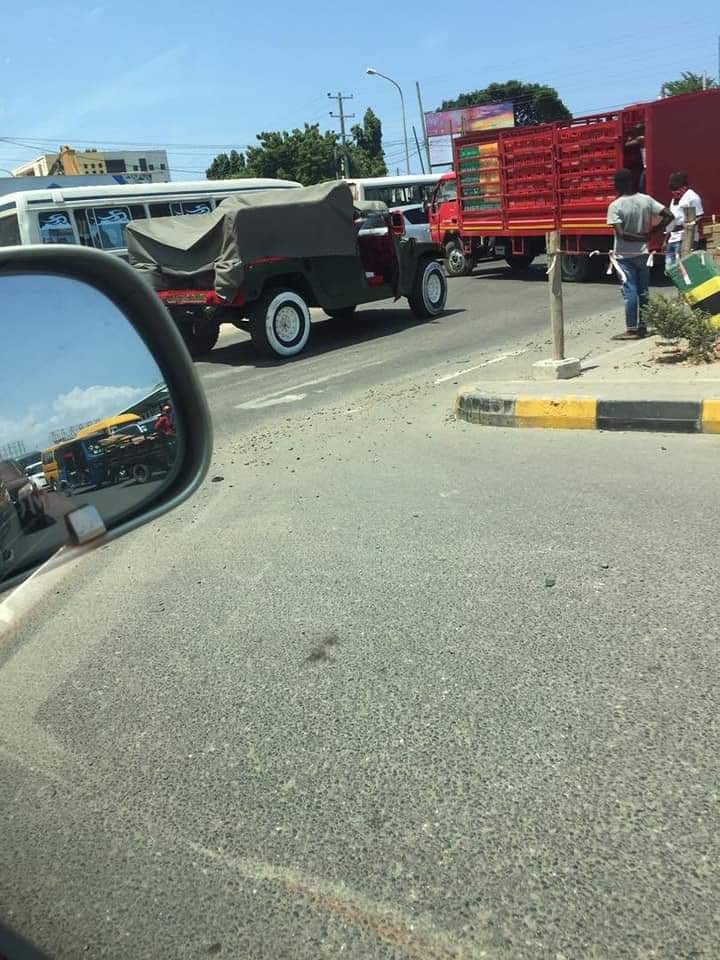 Among those who have come out to comment on the same, includes top political analyst David Makali, who has claimed that the country's vice president Mama Suluhu should be sworn in and inspect a guard of honour in preparation of a smooth transitiuon.

"Mama Suluhu should be sworn in, inspect guard of honour and announce the transition. #Tanzania" tweeted Makali. 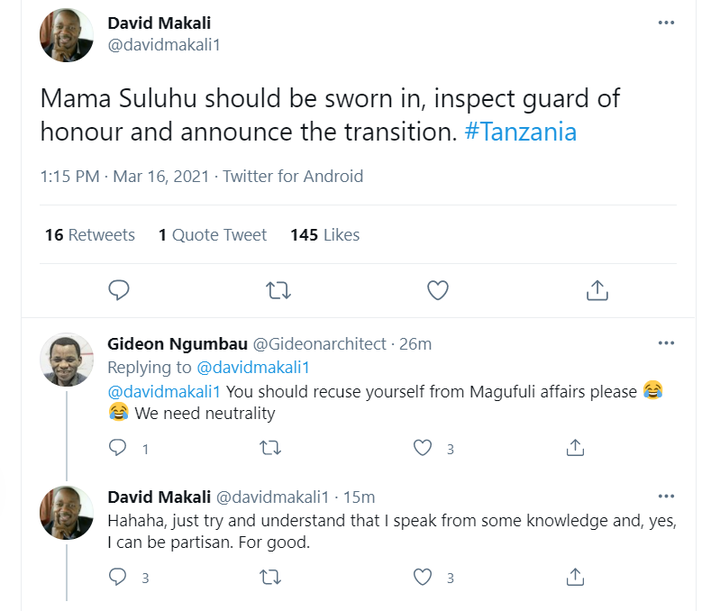 Here are some more comments from top bloggers inside the country; 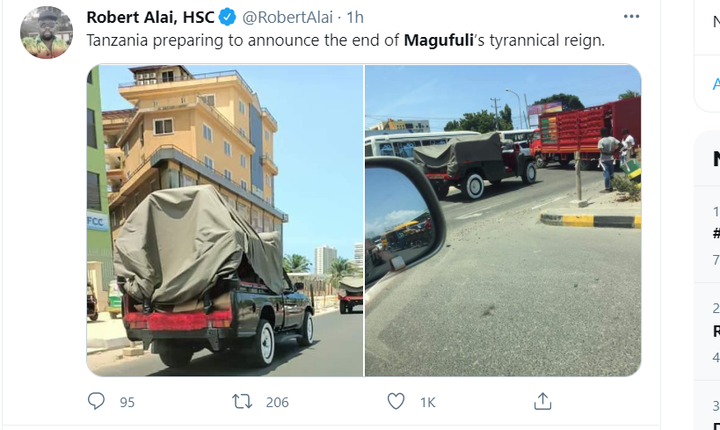 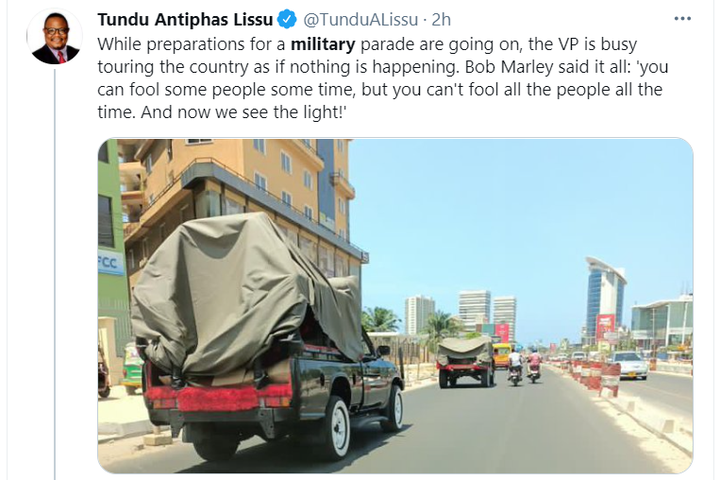 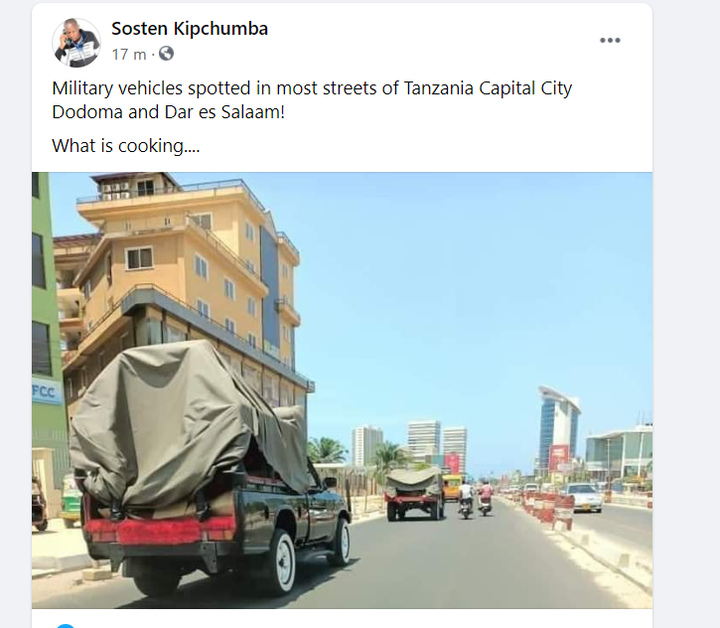