By CaptainCaptain (self media writer) | 7 months ago

Deputy President William Ruto's camp has been as is still going on with its massive campaign track in pursuit of clinching to presidency in August polls. Fresh details have now emerged that the DP Ruto-led Kenya Kwanza is expected to hold a mega rally in Western region that has since been decorated with many allies including Musalia Mudavadi, Moses Wetangula and others.

According to a report issued by TV 47 Kenya, the rally has been described to be a major earthquake and will be held at Bukhungu Stadium, Kakamega county. Perhaps, Kenyans may witness major changes in the political arena that may possibly impact the direction of August 9 polls. 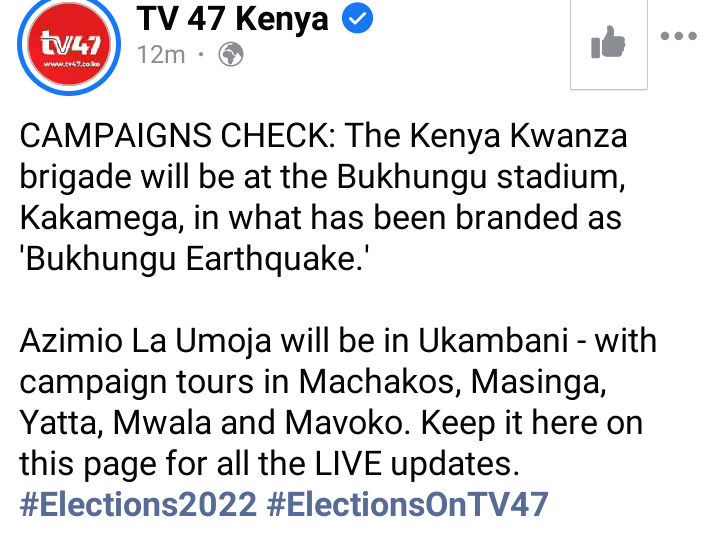 At the same time, details in what Raila-led Azimio La Umoja One Kenya Alliance is about to do have emerged also. It has been established that the camp is expected to make major changes at the top of their political cliffs with an aim of attaining stabilization before August polls.

According to Martha Karua who's Raila's running mate, Azimio will be choosing the most strong leaders/candidates from each region and facilitate their wins in August polls. The process will be taking place before the end of the month.

“As a coalition, we have to get the strongest candidate to ensure we win in most of the positions but candidates should not be afraid, the process will include everybody,” she said, noting that only candidates without competitors in the coalition will be spared," she noted. 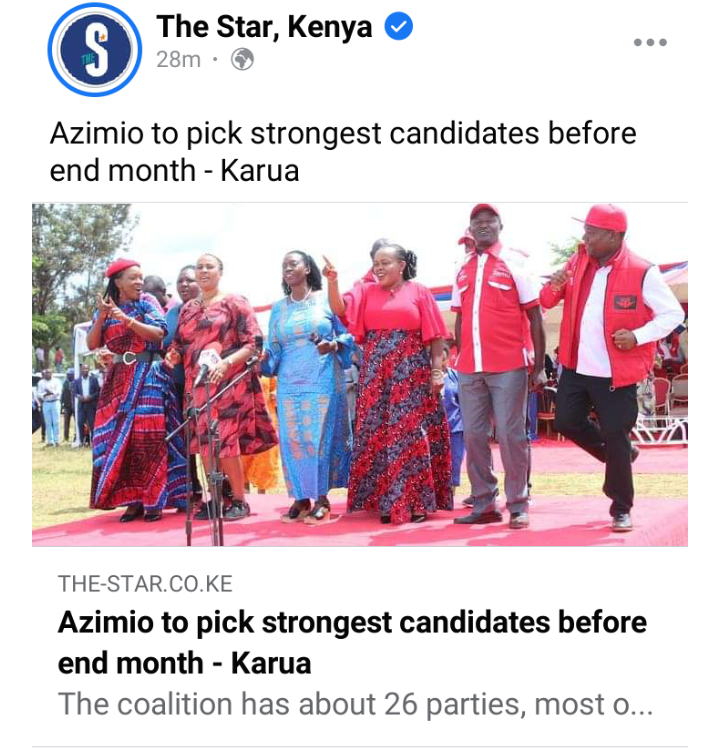