By Omugajunior (self media writer) | 1 year ago 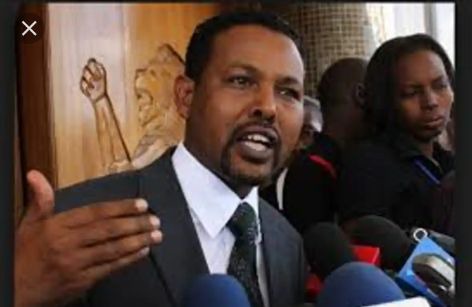 The impeachment of Nairobi Governor Mike Sonko Mbuvi over the violation of the Constitution, abuse of Office, misconduct and crimes against national lead to Nairobi Gubernatorial seat declared vacant.

Nairobi seems to be the target of many leaders as they have declared their interest to replace governor Mike Sonko.

According to the reports seen by the Standard,Former Mandera Central Member of Parliament Abdikadir Mohammed who is also a lawyer has expressed interest in vying for the upcoming Nairobi Gubernatorial by- elections.

Reports have shown that Abdikadir Mohammed served residents of Mandera Central as a Member of Parliament for only one term. Mohammed served between 2007 and 2013 after which he left politics claiming it chokes the soul.

Since 2013,he has been venturing in private business but now he has bounced back to politics and he has shown interest in the upcoming Nairobi by-election where he has claimed if he speaks to Nairobi people they will listen and vote for him.

Is This Man Becoming Kalonzo's Biggest Threat In Ukambani Politics

How Raila Odinga Was Received In Narok County Today (Photos)

Video: Drama as Governor Alfred Mutua Lectured by Ruto Ally as He Storms The Podium