By WriterNewspaper (self media writer) | 2 months ago 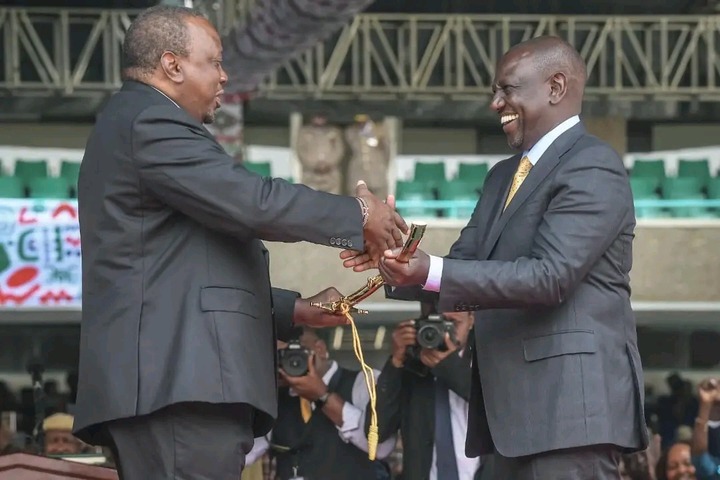 On 5th September 2022, the retired president Uhuru Muigai Kenyatta is expected to leave the country ahead of the Tigray peace talk in South Africa.

Uhuru Muigai Kenyatta has been asked by president Ruto to assist him in resolving conflicts within Kenya's neighboring countries such as Somalia, DR-Congo, and Ethiopia. 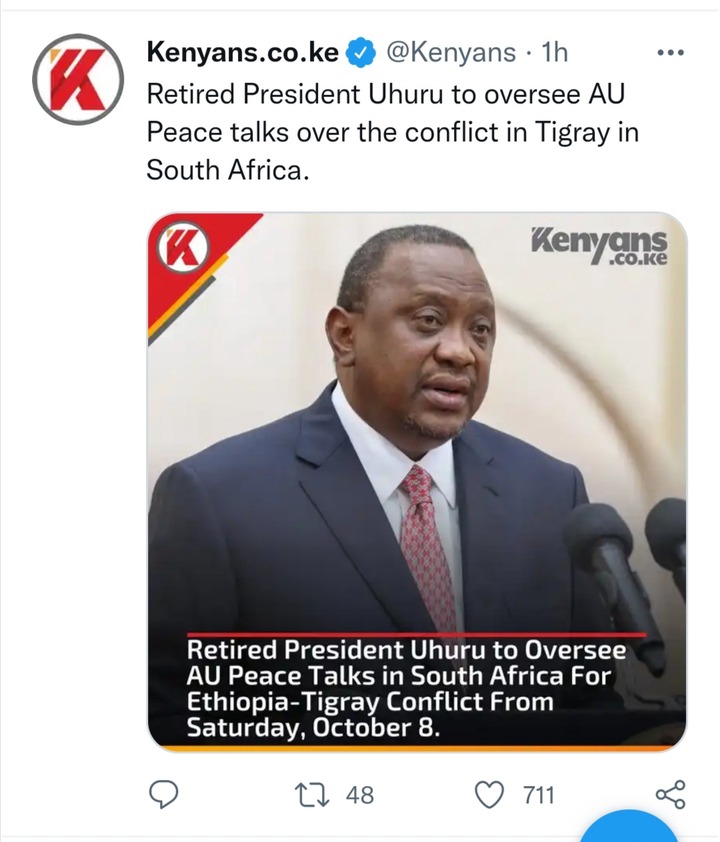 The leader of a rebellious group opposing the official government of Ethiopia is expected to bury the hatchet with the president of Ethiopia.

The ongoing war between the rebellions and the government has resulted in the death of thousands of Ethiopians including children.

The European Nations (EU) and other human activists condemned the government of Ethiopia for using explosives to end the attacks on this rebellious group.

The last attack on the rebellious group by the government of Ethiopia resulted in the death of several students. The explosive was dropped by the Ethiopian airforce on a school compound and it was believed that it was the hiding place of the rebellious group.

Content created and supplied by: WriterNewspaper (via Opera News )