By Nyamwaro (self media writer) | 4 months ago 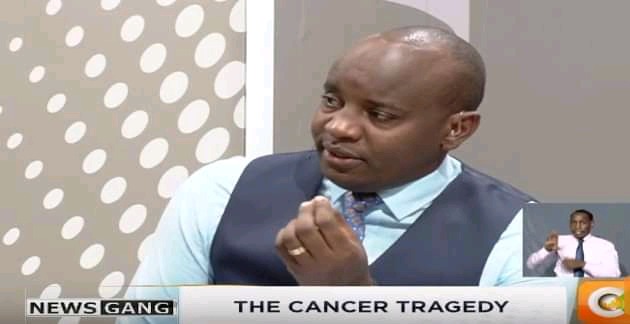 Linus Ole Kaikai is a Kenyan top journalist with wide experience and education in journalism. He is currently the managing editor at Kenya’s Nation Television, NTV. He was the moderator at the first presidential debate in Kenyan election history. His unbiasedness to any politician during the debate indicated how professional he was.

1. He holds a Master Degree in Journalism from the University of Westminster, in the London United Kingdom

2. Before joining NTV, he has worked for both South Africa Broadcasting Corporation (SABC).

3. In 1997 he was awarded the CNN African Television Journalist Award.

4. In 2012, he married Jacinta Mueni at a wedding ceremony held at Nkoroi Catholic Church in Kajiado. They have three children.

5. In 1998, he won the Environmental Journalist of the Year Award.

6. He was rescued by police from the gang of kidnappers who attacked him at his gate in Rongai. That was in 2013.

7. He has produced different documentaries that are of high ranking. The rift in the valley(2008), Across 18 holes(2013), The making of the constitution(2010), and Moi, Mwai, and Mwigai(2013) are political documentaries that have attracted a huge audience.

8. He is one of the few journalists who have ever interviewed Nelson Mandela.

9. In 2015, Linus and Robert Alai had a fierce and personal confrontation on social media about Nairobi Aviation College. Kaikai had run a story about the institution claiming that it offers fake certificates an idea that Alai felt was unjust.

10. He is the chairman of the editor’s guild. Through the union, he has advocated for press freedom and condemned the government initiatives to control the media.