Hustler Nation Intelligence Bureau [HNIB] led by Dennis Itumbi has alleged on a secret top meeting by some members of the Deep State and those from Raila's led ODM party on a plan to rig August elections in Raila's favor.

According to Itumbi, the meeting was held at the residential home of Nakuru West MP Arama.

The meeting was attended by top names in the political arena and that includes the MP himself, Nakuru County Governor Lee Kinyanjui, Women Representative Agnes Njambi, Lawrence Karanja and an MCA whose name has not been mentioned.

However, just as brought out by Itumbi, some of the leaders who were in that plan failed to turn up and that includes the COTU Secretary General Francis Atwoli who was to be the Chief Guest.

The main agenda in the meeting as alleged by Itumbi was to come up with a plan on how to create an extra polling station not in the official list gazetted by the IEBC to help in rigging elections if manual system gets employed. 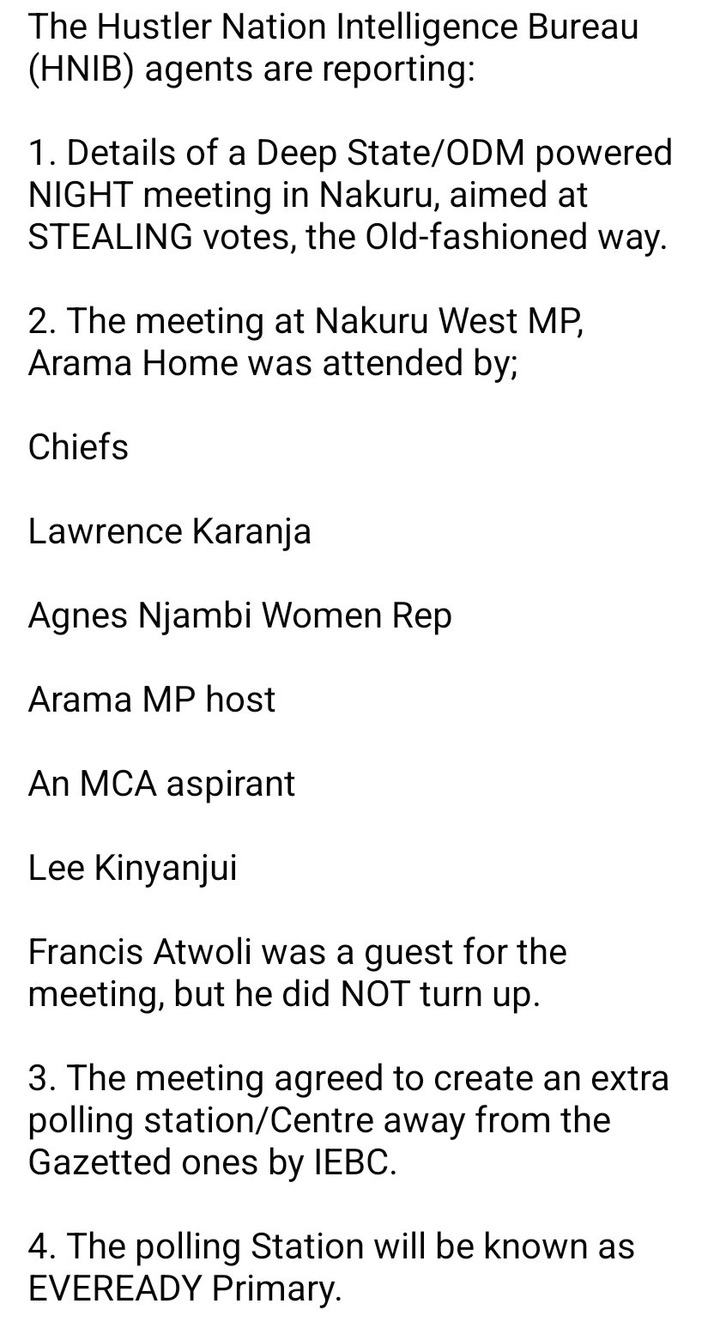 JUST IN: State House Kenya Reveals What is Set to Happen This Evening