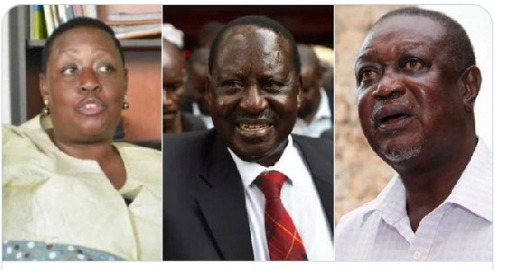 Talking about the recent general elections that were conducted on Tuesday early this week, the results have not yet been released to the public. It's been revealed that Media houses are no longer releasing their own tallies as they were doing a few days ago. The ongoing results are only being released by the IEBC which is now verifying the tallies presented by the returning officers. The official combined results will soon be given to the public.

According to the verified news published by various media channels, it's been revealed that Raila's siblings are now in government as they've secured themselves various positions. Kenyans.co.ke on twitter says that Raila's brother Oburu has won Siaya County senatorial seat while his sister Ruth Odinga has won Kisumu County Women Representative position. 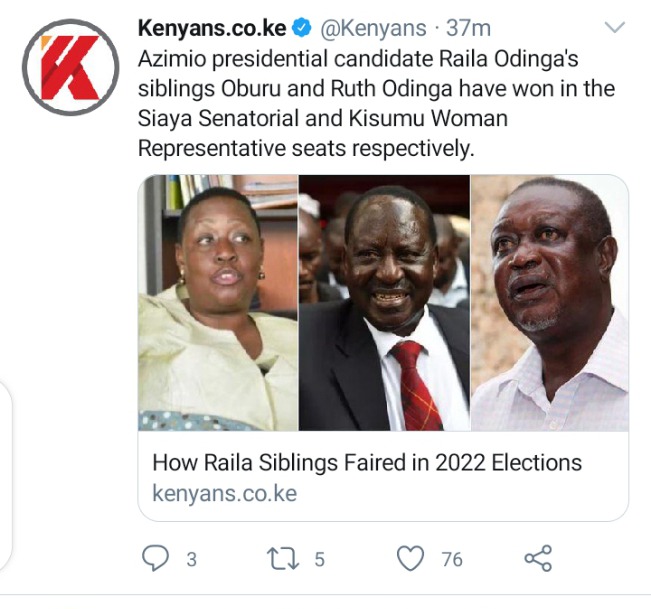 Also, K24 TV has published news on Twitter revealing about Oburu's thankful remarks to the people of Siaya. Oburu has thankfully said that he's past 70 but Siaya people still retained him as the Senator. He got the seat as senator elect after getting 285,595 votes. 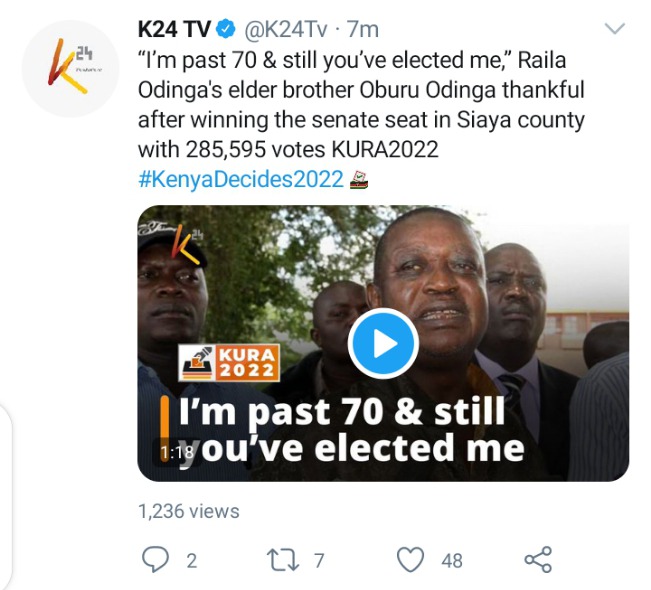 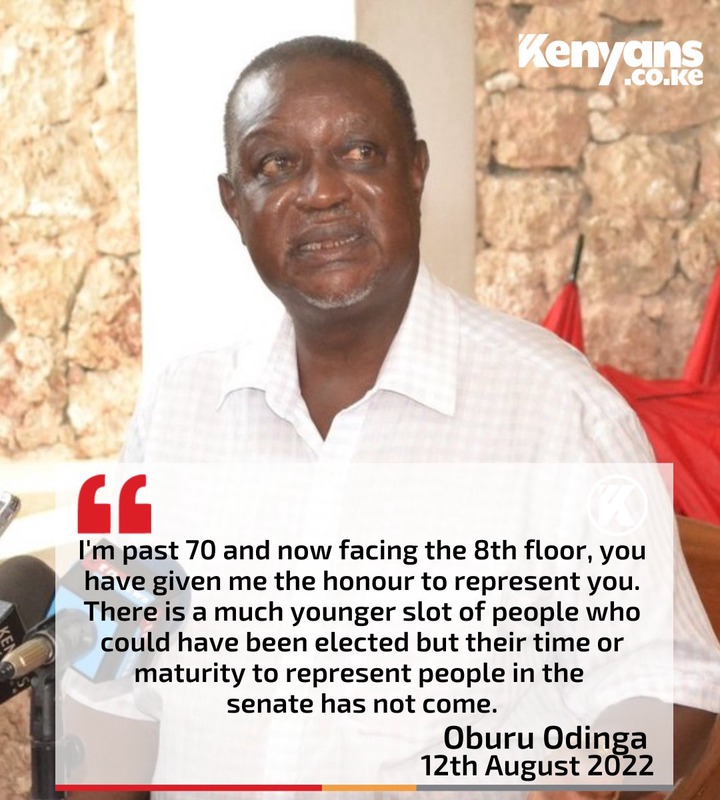 On the same note, Raila is still waiting for the official presidential results to be announced. If Raila wins the position then his entire family will be part of Kenyan government for the next five years.

Uhuru Warned, Told To Be On The Lookout For Trouble And Informed Of Potential Plans By Ruto