By Queenas (self media writer) | 1 month ago 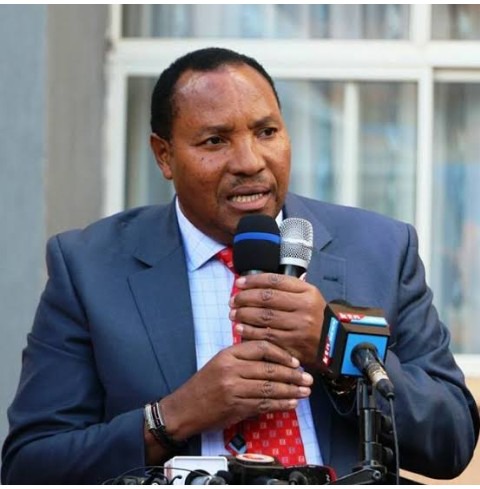 Due to a lack of evidence, the corruption case concerning the former governor of Kiambu, Ferdinand Waititu, has been abandoned. The former governor was charged with giving contracts to both his wife and daughters. Waititu, however, described the situation as political; he has since been vindicated.

The corruption charges against Uhuru Kenyatta's associates, on the other hand, are holding up while the cases against President Ruto's allies crumble. The prosecution of Kimunya and Waluke has been reopened.

This indicates that Waititu's removal from his position as governor due to suspicions of corruption was illegitimate. Because it was based on politics rather than on facts and evidence, the corruption case against Waititu has been dropped. Most of the cases against William Ruto's allies are anticipated to fail since they were constructed on unstable ground. 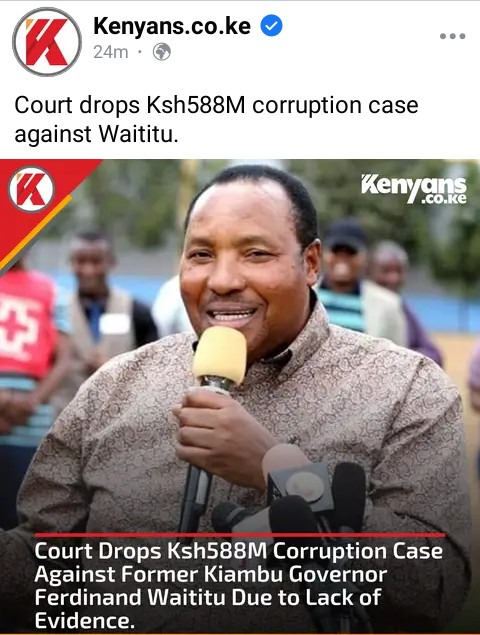 The illegal awarding of a Ksh. 588 million road tender was the complaint leveled against the former county boss, who was impeached in January 2020.

Content created and supplied by: Queenas (via Opera News )

"You Will be Fired Immediately, I Have Warned You" Kindiki's Message to Commissioners, Chiefs