The president Uhuru Kenyatta today signed the political parties amendment bill which was passed by both houses of parliament and assembly. The president signed the bill just one day after being approved by the senators in the house. According to the news which was shared on the social media platforms, it is a good news to all Azimio La Umoja leaders as they were proposing the bill to be implemented. 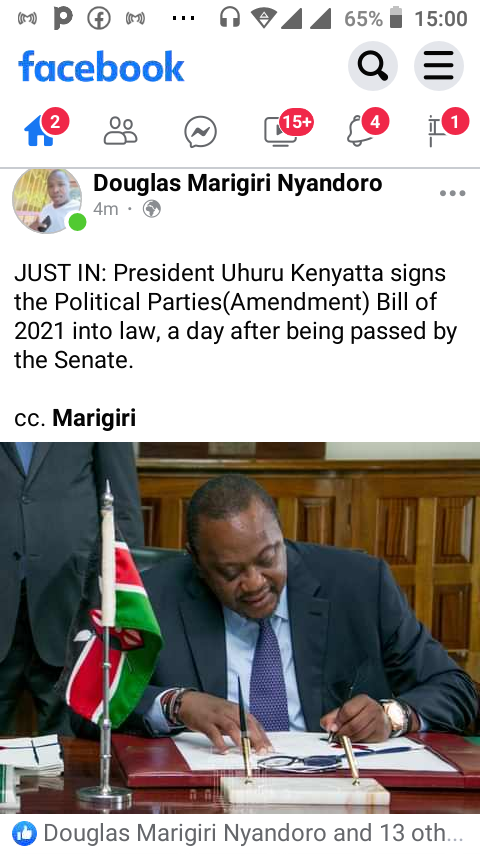 Despite that, those leaders who are associating with the deputy president William Ruto have received a huge blow as they were opposing the bill in both houses. The bill is now set to start immediately after president Uhuru Kenyatta signed it. According to the news which was shared on the social media platforms, it is huge win to Azimio La Umoja leaders as they can start eliminating leaders who are in two parties but elected by the other. 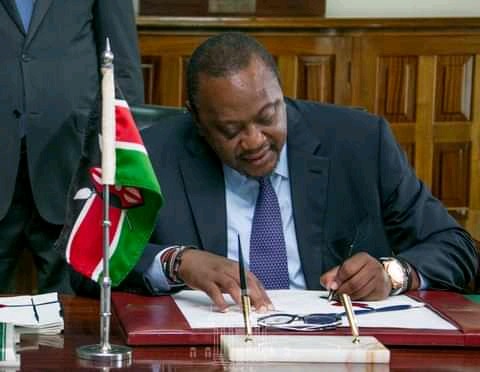 The bill will also allow parties to have coalitions as we head in the next general election which is planned to happen on August. Despite that, all kenyans are urged to maintain peace among each other during this time of campaign. Remember to wear mask and maintain social distance so that we can overcome this deadly disease called covid-19 in our country. Always remember to register as a voter so that you can elect your preferred leader in the August general election.

How to Apply for ID in Kenya