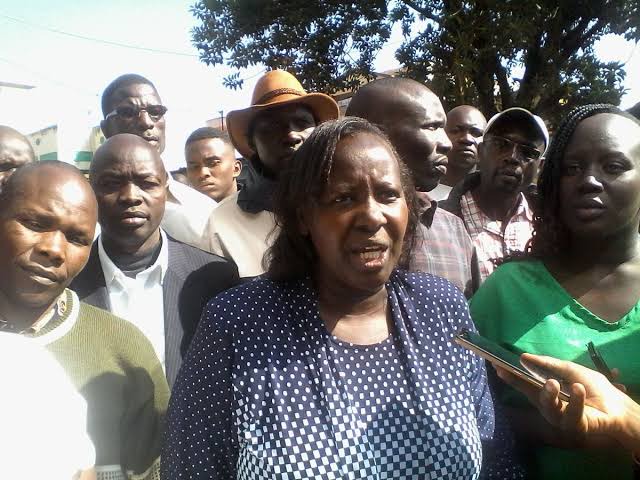 The supremacy battle between Raila Odinga and Wiper boss Kalonzo Musyoka seems to have spilled over to the deputy president William Ruto's Turbo backyard as two heavyweights allied to the two camps try to outwit each other.

Before bolting out if the Azimio movement, Wiper and ODM had allegedly reached an agreement to support a One Kenya Alliance candidate in Turbo Parliamentary race. As parties within the One Kenya Alliance formation, Wiper left the slot to Cyrus Jirongo's UDM party.

However, after things began falling out between Raila and Kalonzo, ODM is said to have quickly moved with speed and awarded a direct ticket to one Mr. Samson Wanjama. 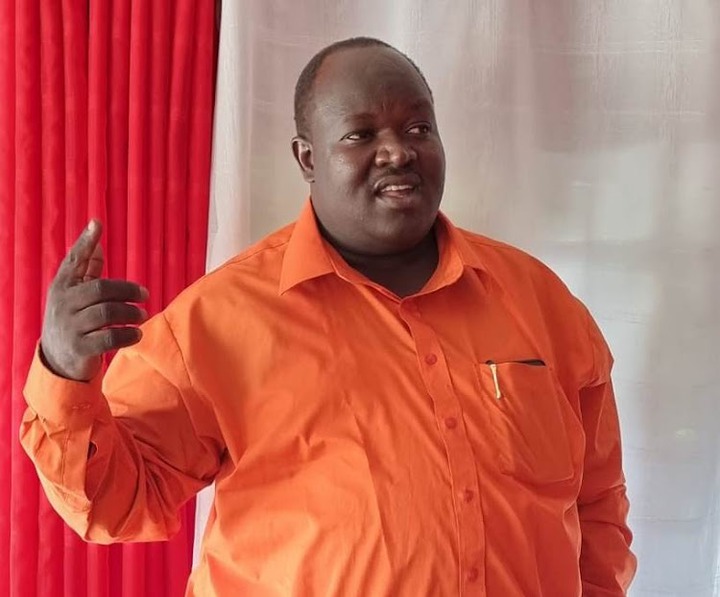 Mr Richard Kemboi, a UDM and Wiper affiliated candidate is now set to off face with ODM's Samson Wanjama in a bruising battle of titans.

Mr Kemboi launched his manifestos yesterday. He pledged to increase water supply in Turbo encourage irrigation and also promised to ensure that teenage mothers are given a chance to go back to school. 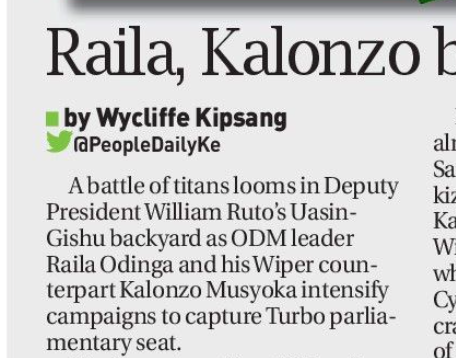 The deputy president William Ruto's UDA party has awarded the ticket to incumbent MP Mrs Janet Sitienei who beat other five aspirants to clinch the ticket. She was elected into Parliament in 2017 on an independent ticket.