Just In: Kenyans React After Atwoli Fumbles After Being Asked About Pres Ruto By Suluhu

Speaking on Saturday, December 3, at a funeral in Khwisero, the trade unionist revealed that he had met Suluhu after the Conference of Parties (COP27) meeting in Egypt in November, where she inquired about the progress of Kenya's government. The meeting had taken place earlier in the month. 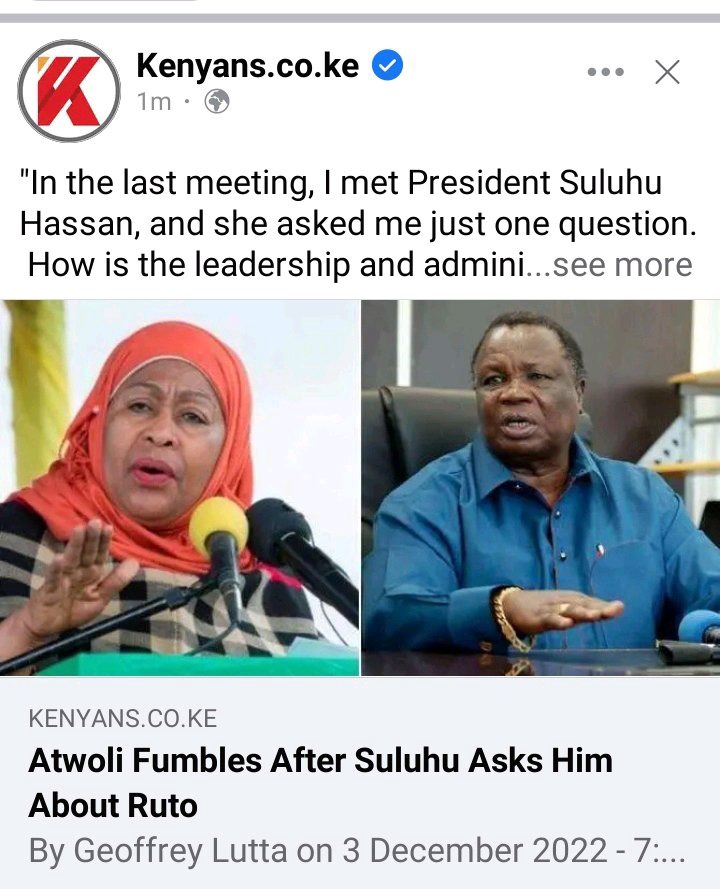 Suluhu was curious about how President William Ruto adjusted to his new role and how he managed the process of the transition to his new position.

However, Atwoli reported that he was able to keep his composure and provide a favorable assessment of President Ruto's government, which left Suluhu feeling impressed.

"During the most recent gathering, I had the opportunity to speak with President Suluhu Hassan, and she posed a single inquiry to me. How would you rate President William Samoei Ruto's leadership as well as the administration he runs?" Atwoli struck a posture.

"Because President Ruto is now my president, I felt obligated to provide her with some background information about his life. I found myself wondering whether or not I should have begun by stating that I was a supporter of the opposition "Atwoli added.