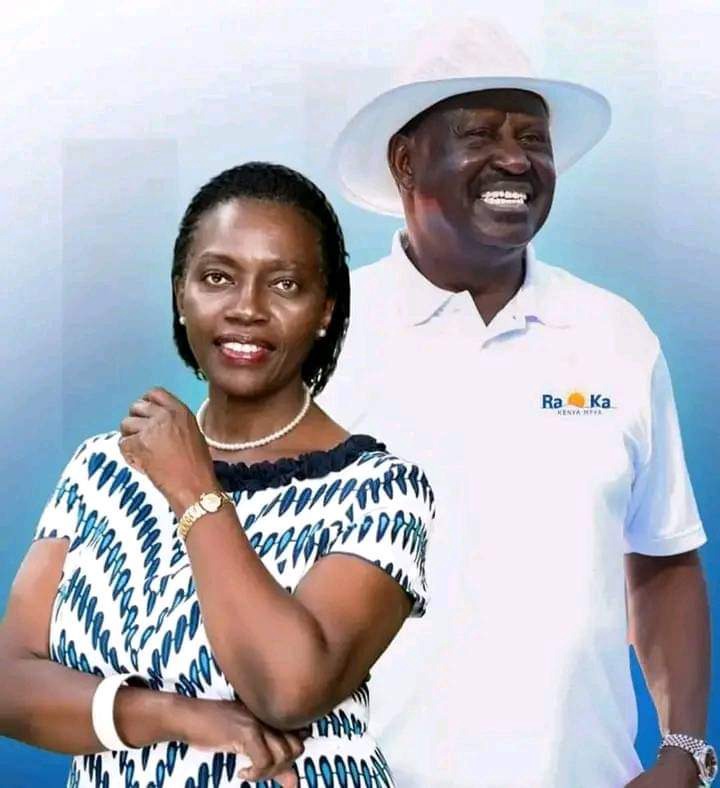 The former prime minister honorable Raila Odinga and Ex-Gichugu member of parliament has received a recommendable boost after Onyango allegedly produced Azimio campaign song for them.

The alleged song by Onyango is featuring Hon. Raila Odinga and Martha Karua. This is a big boost to Raila Odinga and Karua, who are seeking to succeed president Uhuru Kenyatta from August this year.

In the song, Onyango praised Raila and Karua stating that where there is a father and a mother nothing goes wrong.

However, Martha Karua will be the second Deputy President and the first female Deputy president in Kenya should the ambitions of the Azimio coalitions sails through in the August general elections.

The Azimio top leaders will be battling out with William Ruto and Gachagua in the much awaited August general elections.