Among the longest Serving MPs in Kenya include the current senator of Siaya county Mr James Orengo. According to the statistics from the iebc Mr Orengo has had the longest tenure in parliament.

Mr Orengo has had time disrupted by election loses ,he was first sent to parliament in a by-election in the year 1980.He lost the seat but regained in the year 1992, when multiparty was introduced in Kenya, he defended the seat in 1997 general elections. Mr Orengo was voted out on 2002 general elections when he vied for presidency on the Social Democratic Party (SDP) ticket. He resigned the seat in 2007 elections.He was then elected in the years 2013 and 2017 as the senator of Siaya county. Before 2013 elections Mr Orengo served as Ugenya MP.

Mr George khaniri is another MP who served longest, he has served uninterrupted terms since he was first elected as an MP in 1996.He first served as an MP for Hamisi constituency

Other MPs who have served for four terms since independence are: 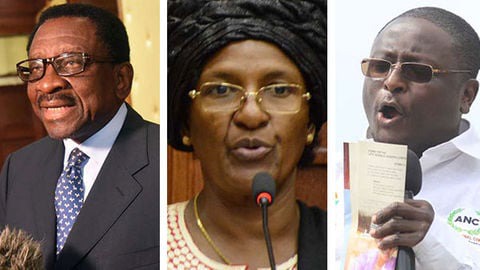