The biggest problem that any presidential candidate is going to experience in the upcoming elections is about funding and whom to chose as their running mate. Just the other day, Kalonzo Musyoka held a delegation meeting at his Yatta farm in Ukambani to plant a sense of direction in the wiper party supporters ahead of the impending elections. At the same time, Kakamega senator Cleophas Malala was busy rejecting OKA's technical committee recommendations which favored Mr. Musyoka as a preferred presidential flag bearer of the coalition, to be deputized by any of the other co principals. 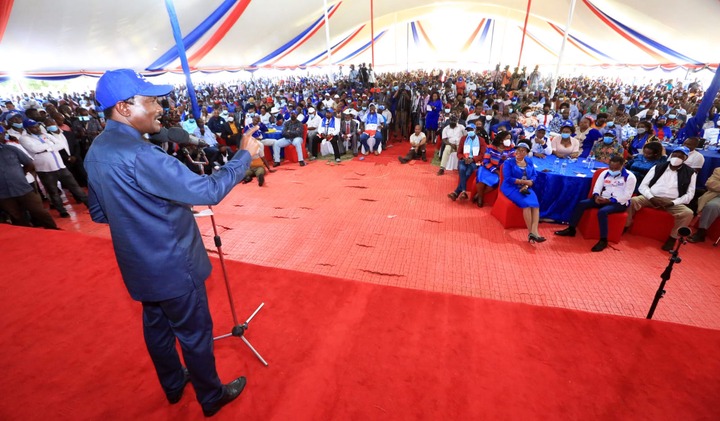 Anyone who cared to follow the Yatta event could clearly see a self proclaimed ODM presidential candidate, jimmy Wanjigi accompanying Kalonzo in that wiper fete. to me that is a tell tale sign because Jimmy Wanjigi is not a member of wiper party, neither is Mr. Musyoka a part of ODM party.

This elicits two schools of thoughts. Either :

(b) Wanjigi is pulling Musyoka towards Azimio la Umoja's side.

Considering the contradictions jimmy has been having in ODM ,the first school of thought carries some weight, because this is not the first time the two are sharing a podium. there was an instant when Musyoka advised Wanjigi to stop wrestling for the ODM ticket and to boycott Raila's bid day at Kasarani when where he declared his candidature and even went a head to persuade him to join the wiper party

and endorse someone else and ride on them till the ballot box. so Kalonzo is not stupid to associate with Wanjigi for he knows his CV well. 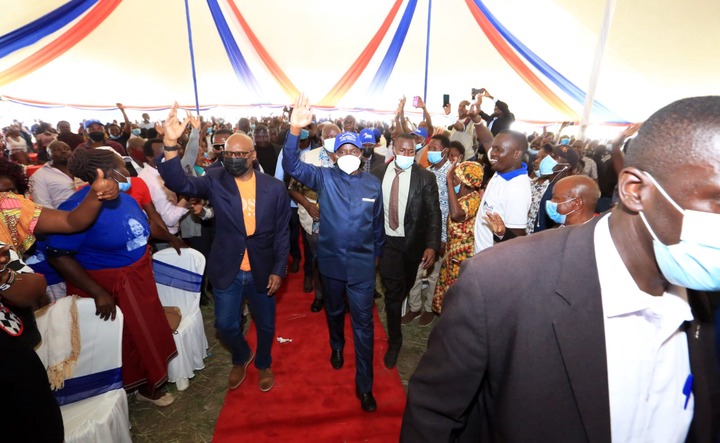 Jimmy Wanjigi accompanying Kalonzo during his declaration in Yatta

The following are reasons for Kalonzo's new bromance with jimmy:

Financial muscle: In 2013 Wanjigi funded Uhuru Kenyatta and William rutos jubilee party which ended up forming the government. again in 2017 Wanjigi as a business man funded the now defunct NASA coalition which had the best campaigns and ended up winning, save for the massive rigging which lead to a successful petition and consequent nullification. Now that, in 2022, he is angling himself as a presidential candidate but has not gotten the blessings from his party. Kalonzo, with his opportunistic nature, has seen a hanging but potential candidate who might help him raise funds for the campaigns. . this is only possible when wajigi becomes his running mate so that should there be a rerun then the two will benefit in the negotiations.

The silent undertones: In OKA there's a competitive interest of Kalonzo Musyoka and Mudavadi, both of whom have insisted to be on the ballot .Should OKA disintegrate (as it will) it makes Musyoka to look for other people with whom to go through to the ballot. Mudavadi will remain with senator Moses Wetangula and whether he goes to the ballot or decide to join Ruto's UDA or Raila's Azimio because the other member of the coalition senator Giedion moi is Azimio bound.

The scramble for the mountain: The mount Kenya region not only presupposes but also demand that their numerical strength is tantamount to their being in the government albeit as second fiddlers (because this time round they lack a serious presidential candidate).This has necessitated Kalonzo's approach on Wanjigi to compete with Raila Odinga-Peter Kenneth and William Ruto-Rigath Gachaguai tickets.

I'm not a Jewish prophet or related to one, neither do i have the exactitude of any of them ! what's your take?