By Nyandu (self meida writer) | 5 days 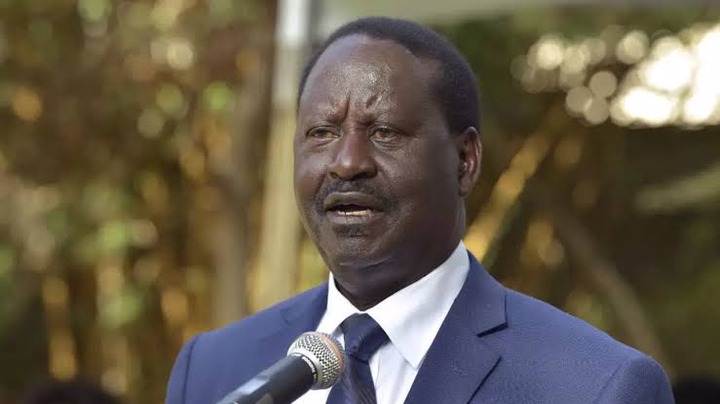 Since handshake happened Raila Odinga has just toned down on his high octane politics and just toed the line of president Uhuru Kenyatta. This has seen the Nyanza region get massive development initiatives something that has seen Odinga confused not even to correct the government when wrong.

It's clear president Uhuru Kenyatta has been going against the law and the constitution as well attacking the judges. Shockingly Raila Odinga has seen no evil or heard no evil as he is yet to condemn anything of that sort. If it was before when he was a diehard opposition, he would have castigated Uhuru Kenyatta heavily in every term possible for threatening the courts.

Raila Odinga has just remained mum as things go south in government. There are indications as well that Uhuru Kenyatta is planning to extend his term in office but unfortunately, Raila has seen no evil in that to condemn it.

The goodies in Nyanza from the jubilee government as well his closeness to Raila Odinga has just confused Raila Odinga Ahead of 2022. Its not clear yet to date of whether he will be running in 2022 or not as he is yet to say anything of that sort.

Raila Odinga has just kept mum something that really could complicate his statehouse bid ambitions going into 2022. He has not been promised of support by Uhuru Kenyatta but he has just supported him blindly even when the president is out rightly wrong. If he will wake from his slumber and realize his former self only time will tell.