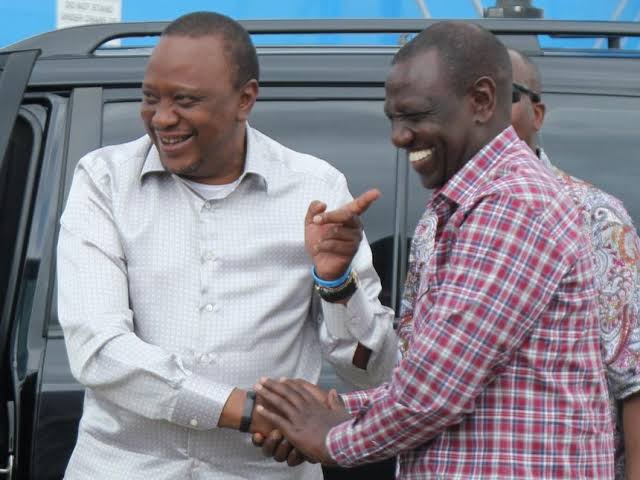 According to Nairobi Senator Johnson Sakaja, President Uhuru Kenyatta and his deputy, William Ruto, are not enemies. Sakaja believes the two leaders are only having minor disagreements, which are exaggerated by their respective allies to make them appear to be enemies.

According to Sakaja, leaders working as a team are like a marriage that is always full of problems, but at the end of the day, they solve the problems. He is convinced that there is a group of people who incite the President and his deputy, and that these people are their own close allies.

Sakaja stated during a one-on-one interview with TV47 that Uhuru and Ruto are not enemies. 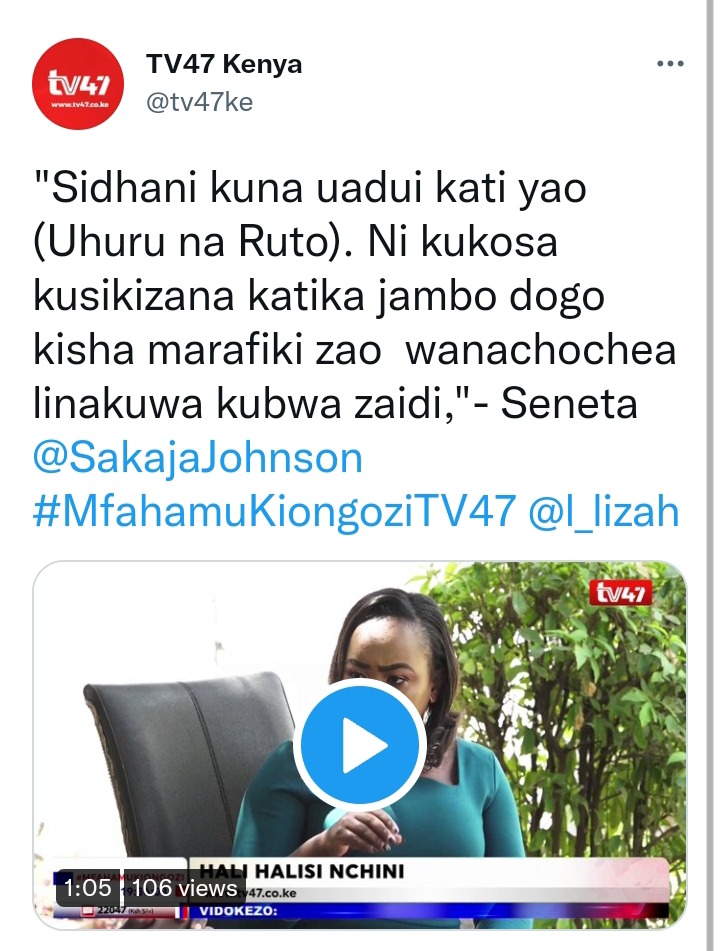 Sakaja's comments come just days after President Uhuru Kenyatta dared his deputy to resign from the government if he was dissatisfied with it.

DP Ruto, on the other hand, responded to his boss by tweeting that he is on a mission and is not ready to retreat or surrender.

Raila Unhappy With Vote Registration, Says he Could Drop Out of August Presidential Race

#AFCON2021: Check Out The Toughest Game in the Round of 16 Fixtures

4 Simple Ways To Know If Its Time To Let Go Of A Relationship.