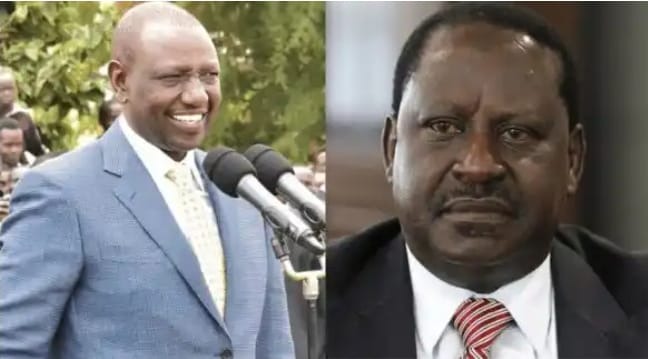 As the 2022 general elections near, politicians throughout the country are laying out their platforms and commitments in an attempt to win Kenyans' support. As a result, opinion polls are conducted on a regular basis to ascertain the differences between Raila Odinga and William Ruto, the key candidates.

Moses Kuria, Gatundu member of Parliament, presented his opinion survey, which he undertakes every general election which includes voter turnout. Despite his membership in the Kenya Kwanza Coalition, the situation on the ground has definitely altered based on his opinion poll results.

According to his survey, William Samoei Ruto is the most popular candidate, receiving l0,578,553 votes, or 61 .36 percent of the total votes cast. Raila Odinga is in second place, with 6,562,441 votes, or 38.64 percent ofthe total ballots cast. Moses has encouraged Kenyans to keep the findings and compare them to the results ofthe general elections on August 9th. 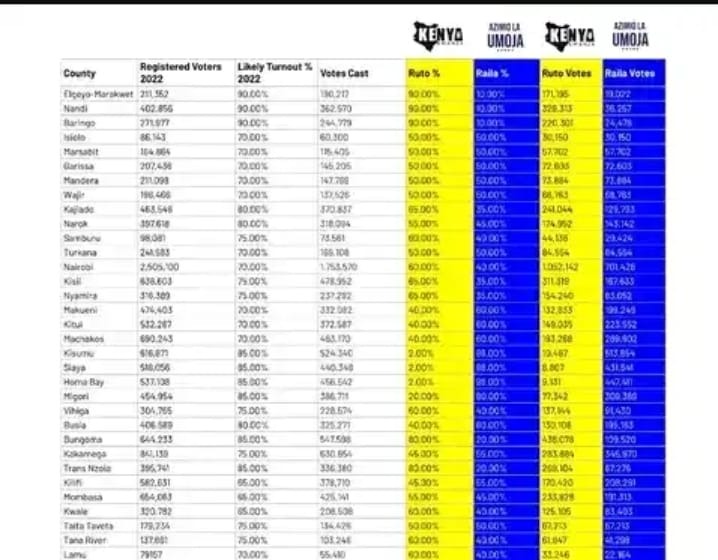 The 2022 elections are approaching, and two powerful candidates, William Ruto and Uhuru Kenyatta, will compete for the president. Kenya Kwanza looks to have broken into two groups, one led by Rigathi Gachagua in the Rift Valley and the other led by William Ruto in the central and coastal counties. Mudavadi's third faction is in charge of thewestern counties.

Moses Kuria, Kiambu County gubernatorial candidate, has released the results of a presidential survey he and his team performed yesterday with figures showing how many people voted and who they are likely to elect as president in 47 counties. 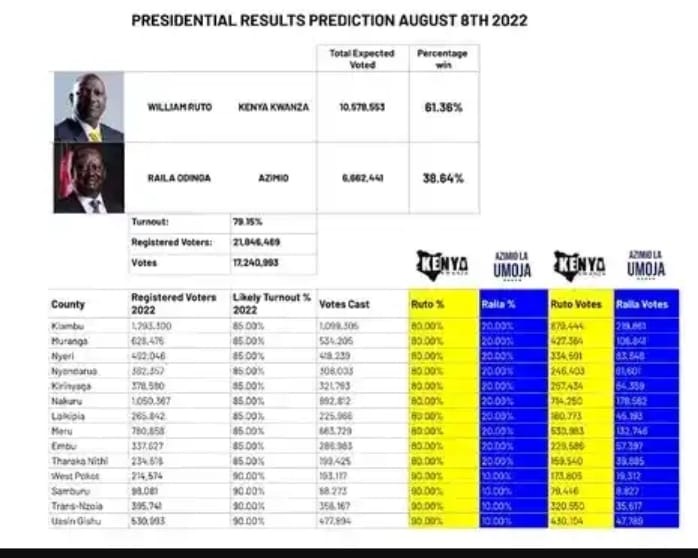 4 Gestures That Mean So Much To Men