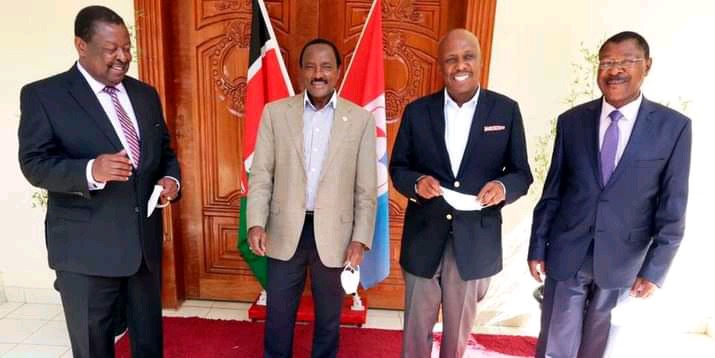 According to a local publication, the move is aimed at reassuring supporters of their steadfastness in their match to the State House, the team will reportedly unveil its presidential candidate before the end of December this year.

Before and after unveiling the flag bearer, the team will embark on a serious campaigns just like their competitors Raila and Ruto.

The reports come amid reports that there are forces which are out to compel the principals to support Orange Democratic Movement party boss Raila Odinga's presidential bid, this has been the reason why they downed their tools according to the reports by media outlets. 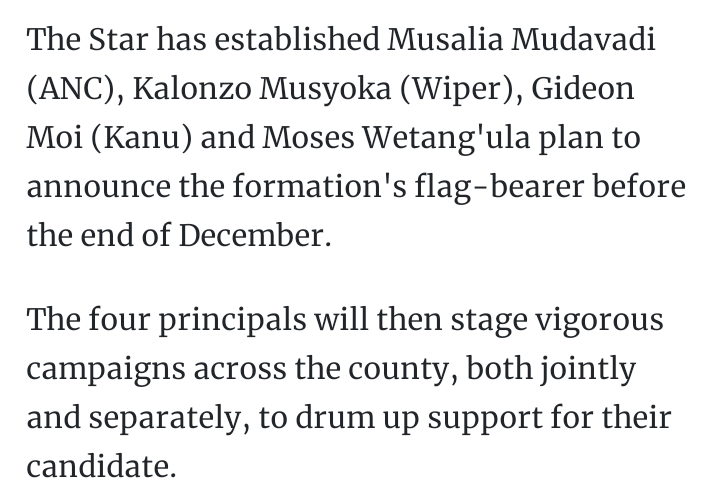 Two Monday Matches to Bank on