Mt Kenya Tycoons Finally Make up Their Minds, Identify The Next President, DP 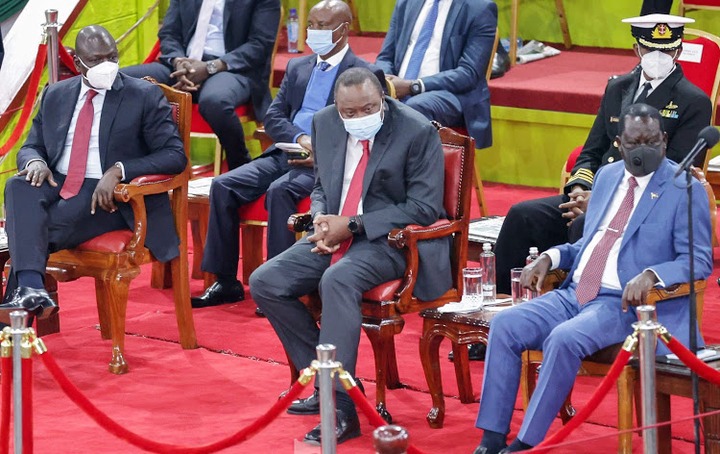 Rich and influential persons from the Mt Kenya region are reported to have settled on the persons they would want to run the next government after President Uhuru Kenyatta's retirement.

For long, there have been rumours of some powerful tycoons from the region who organize alliances and later fund them to propel their preferred candidates to power, and are said to be part of the deep state.

Details indicate that they have once again been at work in a bid to organize what happens in next year's presidential elections and have settled on Orange Democratic Movement leader Raila Odinga.

His deputy, reports The People Daily, the persons have identified former Gatanga MP, presidential aspirant and Raila confidant Peter Kenneth, who they also want to succeed Uhuru as the next Mt Kenya kingpin.

It is for this reason that Raila has reportedly been frequenting the region lately, with the paper reporting that the plan is to make him familiar with area people before the polls reach.

Former Butere MP Amukowa Anangwe says that this is a normal phenomena in politics the world over, adding that these people, majority being businessmen, are out to protect their investments, hence their attempts to intervene. 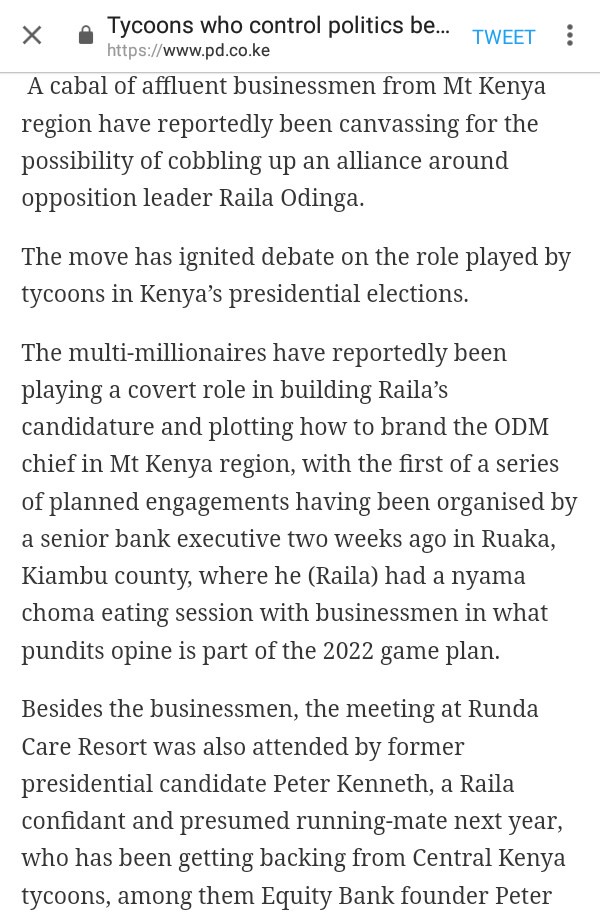 “For instance, for a long time in the US, there has been a nexus, comprising the Rockefeller and other foundations that have been involved through the Council of Foreign Relations in shaping not only domestic politics, but also global affairs," the former Foreign Affairs Assistant Minister is quoted.

"Business firms and their key owners are important political stakeholders whose primary interest is to secure a conducive political environment for their businesses,” he says.

The tycoons are said to have began trying to influence poll outcomes in 2007, with some of them whose names have been made public including Equity Bank boss James Mwangi.

Raila is also basking in the support of President Uhuru Kenyatta, who, during his recent visit of Luo Nyanza, hinted at endorsing the veteran politician as his preferred successor.

Interestingly, he has thrice accused the said 'deep state' of facilitating his presidential election losses through election rigging.

DP Ruto Makes A U_Turn On His Association With Jubilee, Reveals This Infront Of Kenyans (Video)