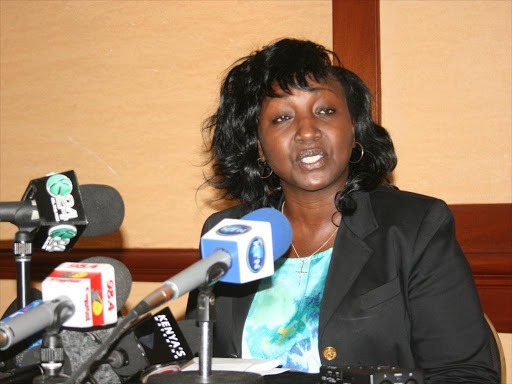 Uasin Gishu County Woman Representative Hon Gladys Boss Sholei, has again poked holes on the handshake between President Uhuru Kenyatta and ODM leader Raila Odinga, saying that there was no need for that handshake to take place at all because the country was not at war as it was reported.

Speaking on an interview with KTN news television, Sholei argued that there was absolutely no war in Kenya only that Raila and his allies were the ones who created it deliberately in order to pressurize the government by stoning the police on the streets.

That's how they created a perception of war in the country which led to the handshake which was unnecessary, because it interfered with the delivery of the government development agendas they had promised to Kenyans, such as the big four agendas which were later sidelined and focus switched to constitutional amendment through BBI.