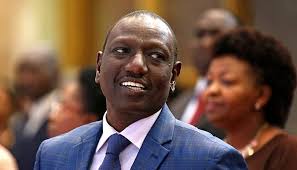 After a long wait, the independent electoral and boundaries commission chairperson Wafula Chebukati has announced the presidential election results from the Bomas of Kenya.

Wafula Chebukati has declared William Samoei Ruto the president elect with 7,176,141 votes which translates to 50.49% followed by right honourable former prime minister Raila Amollo Odinga with 6,942,930 votes which is 48.8%.

The IEBC chairperson announcement has come just after other four IEBC commissioners led by Juliana Cherera, held a presser at the Bomas of Kenya to distance themselves from the poll results saying that the process was opaque and they will be releasing a comprehensive statement about it.

William Ruto while speaking after being declared the president, he has said that he will build on the foundation that together with his boss Uhuru Kenyatta laid, he has also asked those who have been against him that they have nothing to fear about his presidency because there is no room for vengeance.

Most lavish and adorable baby showers held in Kenya

The Big Promise Ruto has Abandoned, Failed to Fulfill in his Cabinet Appointments