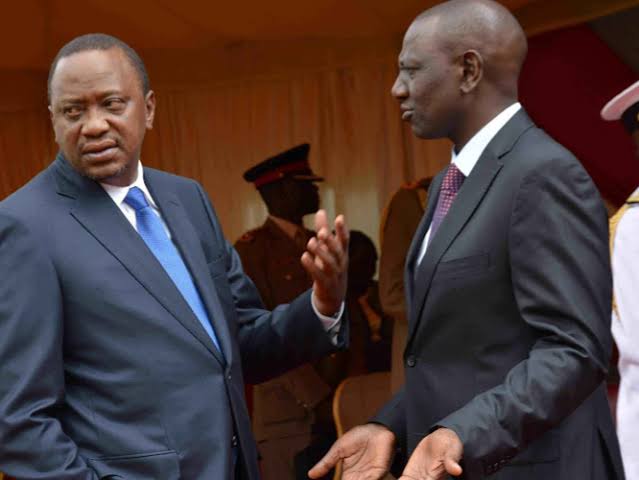 The beef between president Uhuru Kenyatta has continued to get worse as Uhuru attacks Ruto in public.

Speaking during Ushirika day at KICC Uhuru has surprised after rubbishing off dp Ruto's pledges to Kenyans ahead of August polls.The president has dismissed the promises his deputy makes during his campaigning questioning why he has not done during the 10 years tenure he has been in government.

Uhuru has lauded CS for agriculture Peter Munya. The president has said that in the three years Munya has been in charge of Agriculture has done great job and has brought changes in the agricultural sector.The leader has added that Munya had done more in three years as compared to Ruto's side which has been in government for eight years.

To this, President Uhuru has urged his deputy to stop making promises to the people of Kenya and do work since he was still in government.Uhuru has however stated that it depended on Ruto to do his job and he cannot force anyone to do his or her Job.

"I Found Out That My Girlfriend Was Pregnant For Another Man After I Paid For Her College Fee;Kevin

SUVs That Are Commonly Ignored In Kenya.