By GlobalNewsAnchor (self media writer) | 28 days ago

Azimio la umoja has a number of senior members. After angry people believed to be thugs swarmed on them, Kenyan coalition party politicians were forced to terminate a political gathering early and flee for their own safety.

The politicians were speaking at a tense political gathering at Cleopatra grounds in Malindi, Kilifi county, when residents nearly knocked Mr. Saburi down as he was about to end his speech. 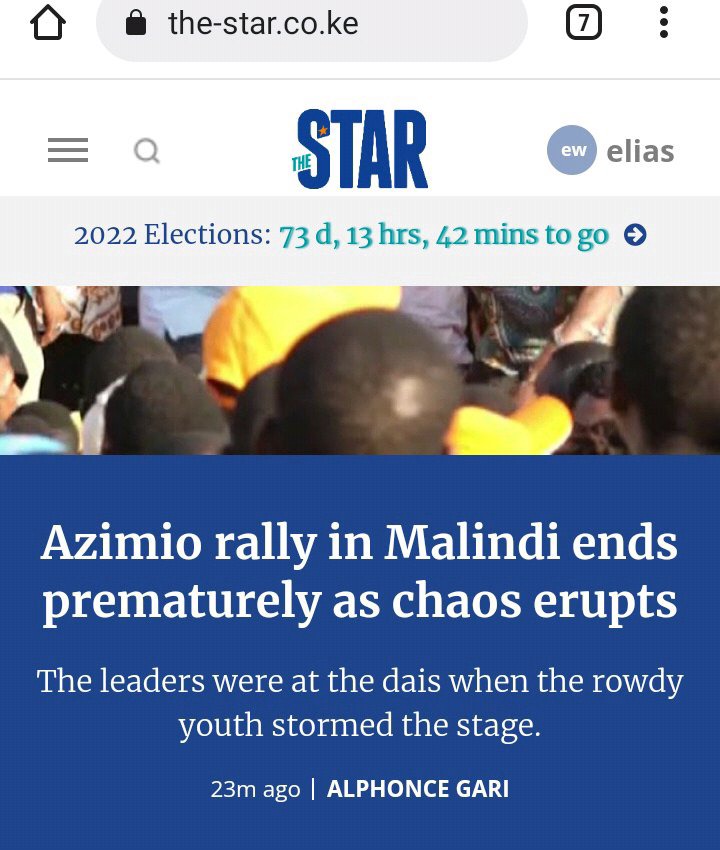 Mr. Joho, Mr. Mung'aro, and others, among the leaders present, had to quickly organize for the participants to depart the place before more harm might befall them. As the many VIPs hurriedly departed the area, Joho's security aides offered coverage. The leaders had been criticizing Kilifi governor Amason Kingi for alleged bad governance and his decision to join vice president William Ruto's Kenya Kwanza alliance before the incident.