Deputy president Rigathi Gachagua has finally responded to ODM leader Raila Odinga after what he said about the August 9 presidential poll.

Raila earlier today fired back to IEBC and president William Ruto insisting that he won the in the last poll. He said that the apex court was threatened before they released the final verdict.

DP Gachagua in his response to Raila said that Kenyans would have suffered if Azimio camp could have defeated President Ruto.

" If Azimio had taken over the government, we would have suffered..."Gachagua said. 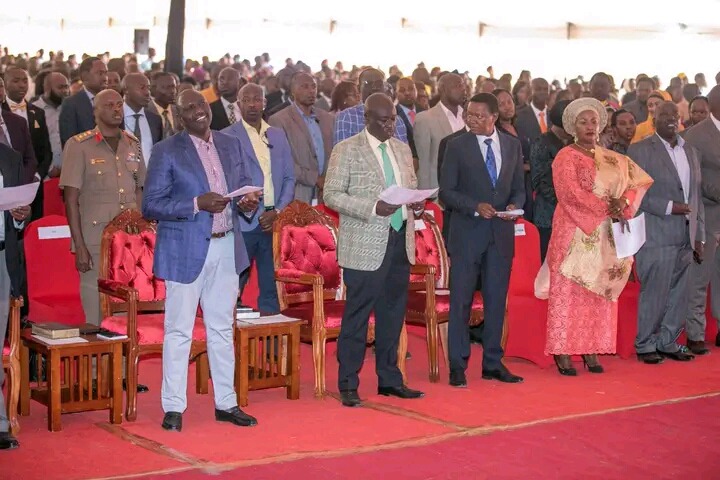 He also bashed to Azimio legislators who were mobilizing Kenyans to take Hustler Loans without paying back.

Speaking at Murang'a Technical Training Institute in the Maragua constituency, where he commissioned the institution, Gachagua promised to unity Mt Kenya region.

His remarks comes shortly after Raila said he would continue with his planned consultative meeting with Kenyans.

However, Kenya Kwanza side was not happy with Raila's meetings. Former Nairobi Governor Mike Sonko asked Raila to give Kenyans a break, reminding him that the President was not willing to unite the government and the opposition.