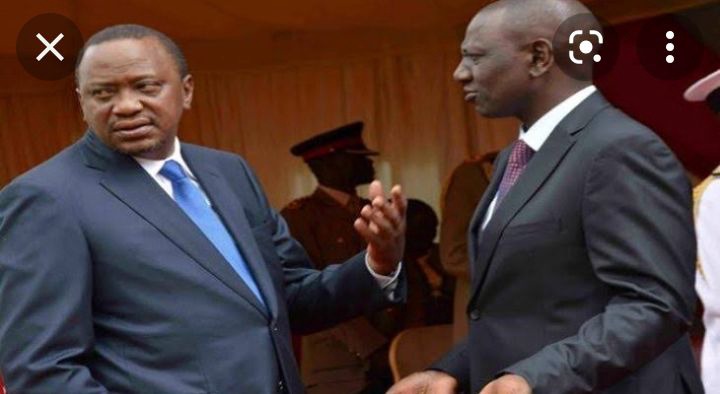 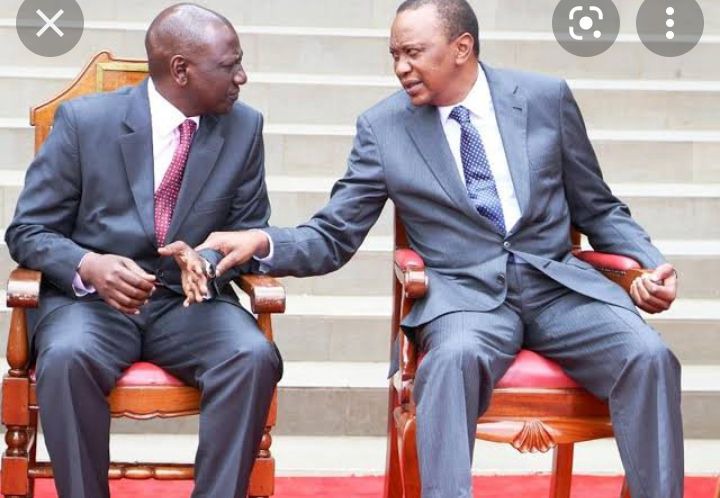 The church leaders in the country have resolved to unite the two national leaders ahead of 2022. They said that their division is dangerous to the country ahead of 2022 polls. Yesterday deputy president William Ruto said that he is ready to reunite with his boss president Uhuru Kenyatta without conditions.

Below is the statement by Nyeri Town legislator Kimani Ngunjiri who is a close ally and supporter of president Uhuru Kenyatta. 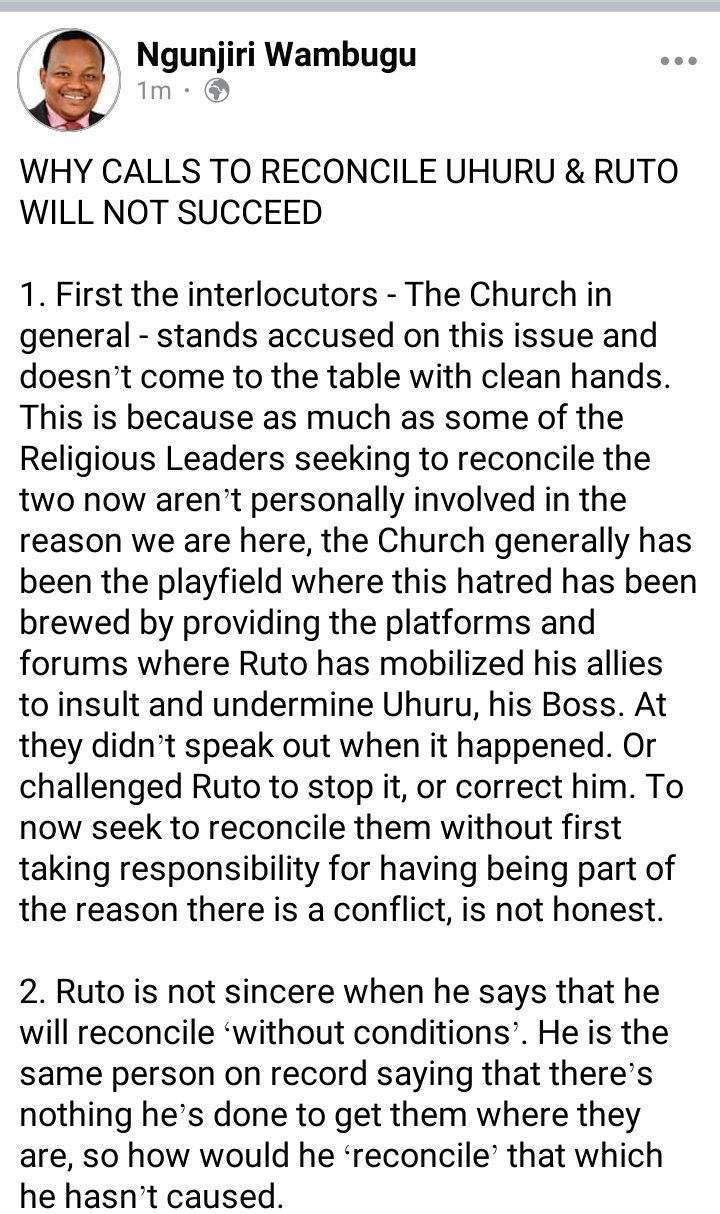 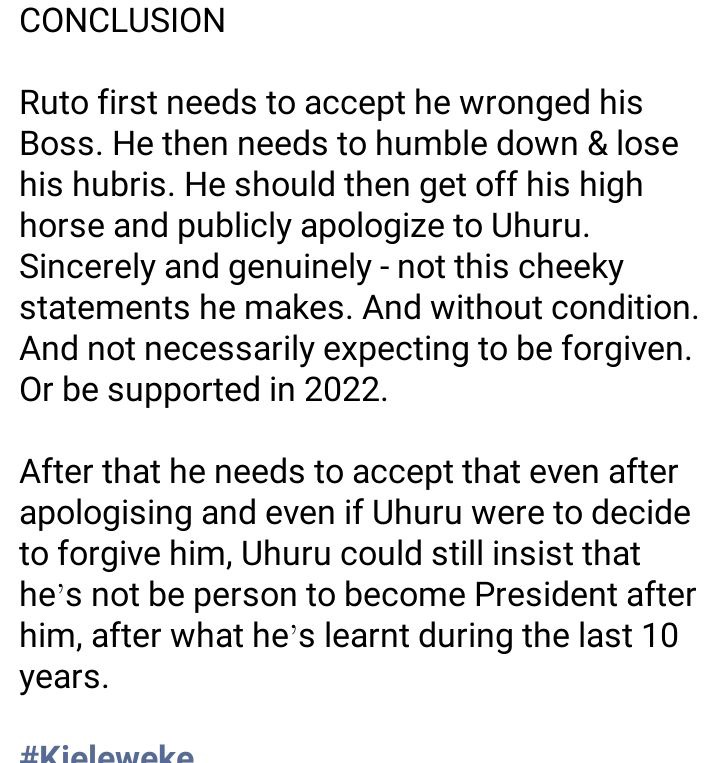