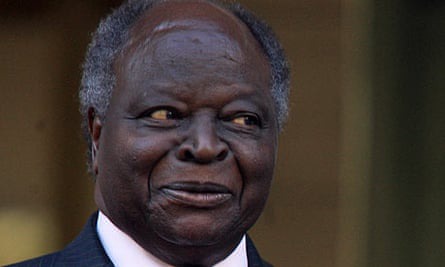 He was at the centre of ODM party leader Raila Odinga's political campaigns in 2007 to oust President Mwai Kibaki. But since then, things have not really gone well for him.

At the peak of his political career, former Gachoka MP Joseph Nyaga was one of the most influential politicians in the country. But today, that is now a distant memory.

A key member of Raila's "Pentagon" in 2007, Nyaga was one man tasked to deliver the Presidency to the opposition candidate at the expense of the incumbent. But it backfired.

Raila lost controversially to Kibaki. But for Nyaga, his was a double tragedy. He lost his MP seat and his preferred presidential candidate was defeated by the incumbent.

But with the formation of the Grand Coalition Government, Nyaga was given a lifeline as he was appointed to the Cabinet as Minister for Cooperatives Development. 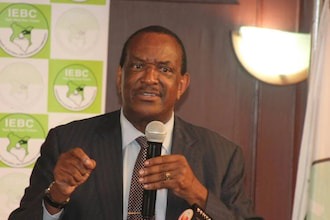 However, since his humiliating loss in 2007, Nyaga has never regained his political standing and is among big-name politicians who are now languishing in the political cold.

A powerful figure in the President Daniel Arap Moi government, Nyaga was elected as Gachoka MP in 1997 and was immediately appointed to the Cabinet where he served in the Ministry of Broadcasting and Information and later in the Ministry of Lands.

In 2002, he defended his seat on a Narc ticket but never made it to the cabinet. He however served as assistant minister.

Before joining politics, Nyaga was a polished diplomat having served as Kenya's Ambassador to Belgium and to the European Union in Brussels.

In 2017, he made a surprise move to contest for President but his performance was underwhelming. He has since maintained an uncharacteristic low political profile. Has he decided to quit politics? Or is he plotting on how to make a major political comeback?