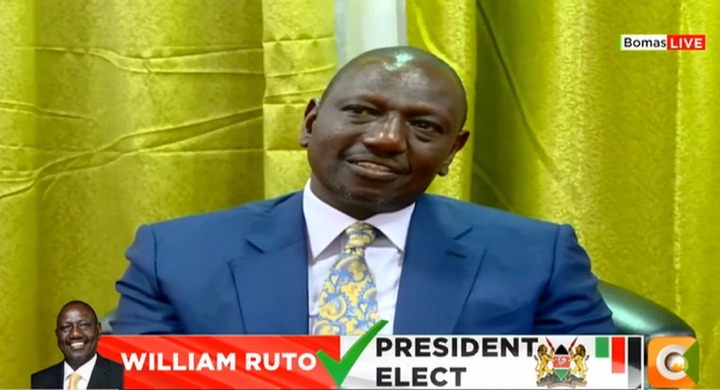 President elect Dr. William Ruto has dismissed any chance of him working together with Raila Odinga who has emerged second in the presidential election 2022. Talking after the declaration of the results by IEBC chairman Wafula Chebukati, Ruto said that he believes in the rule of law and looks forward to working with Raila but as the opposition leader.